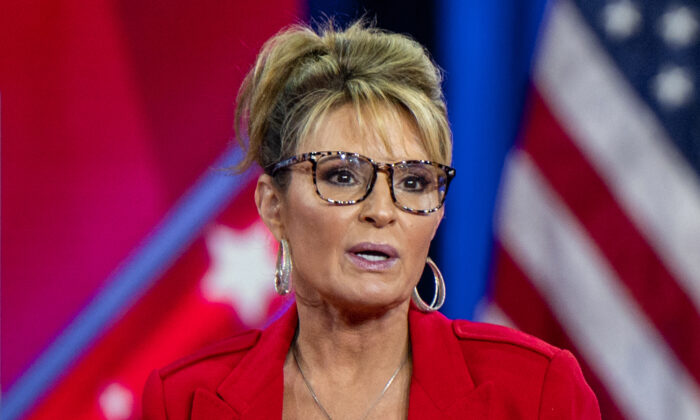 Republican lawmakers have taken aim at the ranked choice system used in Alaska after former governor Sarah Palin lost to Democrat Mary Peltola on Wednesday in a special election.

The results mean that Peltola will finish the remainder of the term of Republican Rep. Don Young (R-Alaska), whose seat was left vacant after died in March this year. Young’s term expires at the end of this year.

However, GOP lawmakers took to social media this week to slam the voting system used in the election, with some calling it a “scam” that “disenfranchises voters.”

“Ranked-choice voting is a scam to rig elections,” Sen. Tom Cotton (R-Ark.) wrote on Twitter after Wednesday’s results. “60% of Alaska voters voted for a Republican, but thanks to a convoluted process and ballot exhaustion—which disenfranchises voters—a Democrat ‘won.’”

“Our Republican nominees earned nearly 60% of Alaskans’ votes on the ballot, and now every single one of those voters lost their voice to choose their representative in Congress. Alaskans deserve an equal and fair process, two things this special election were not,” Vaughn said.

The voting system used in Alaska allows voters to list candidates in order of preference on the ballot. If a candidate wins more than 50 percent of the vote, he or she is declared the winner. If no candidate wins a majority of first-preference votes, then the candidate with the fewest first-choice votes is eliminated.

Wednesday marked the first time that Alaskans used the ranked-choice system after voting to adopt it in 2020.

According to the Alaska Division of Elections’ official website, the system “ensures your vote will go toward your second, third, fourth, or fifth choice if your top choice is eliminated, giving you more voice in who wins.”

Elsewhere, Palin herself also criticized the system after Wednesday’s loss, saying in a statement that it was a “mistake” that was initially “sold as the way to make elections better reflect the will of the people” but that this was simply not true.

“The people of Alaska do not want the destructive democrat agenda to rule our land and our lives, but that’s what resulted from someone’s experiment with this new crazy, convoluted, confusing ranked-choice voting system,” she said. “It’s effectively disenfranchised 60% of Alaska voters.”

‘Gives All Americans a Voice’

Rep. Adam Kinzinger (R-Ill), responding to Cotton’s tweet that the system is a “scam” said: “Ranked choice voting gives all Americans a voice and not the extremes of a party. So you’d be outta luck. No wonder you don’t like it.”

But Tyler Bowyer, an RNC national committeeman from Arizona, told The Hill that he will be leading a resolution for the RNC to formally oppose the system at the RNC’s next winter meeting in 2023.

A number of cities, counties, and states, 55 in total, are currently weighing up implementing ranked-choice voting in various elections, according to Fair Vote.

Palin is still set to run against Peltola and Republican Nick Begich again in the November general election to decide who will serve a full two-year term in the House.