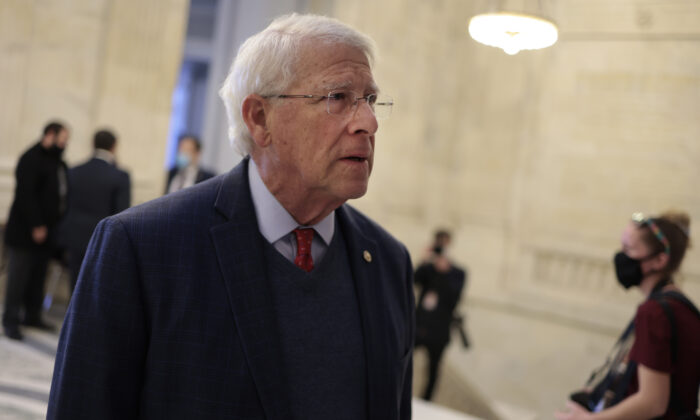 US Senator Urges Imposition of No-Fly Zone Over Ukraine

U.S. Sen. Roger Wicker (R-Miss.) has joined some colleagues who want President Joe Biden and other world leaders to impose a no-fly zone over Ukraine, despite warnings that such a move would mean the United States would be engaging directly with Russia.

“Clearly, in the absence of a U.N. resolution, which Russia would veto, a strong coalition of like-minded nations should step in and seriously consider this,” Wicker, a member of the Senate Armed Services Committee, told the HuffPost.

Wicker’s office declined to comment and a spokesperson didn’t return an inquiry.

Wicker joins several other members of Congress who want a no-fly zone imposed over Ukraine, which Russia invaded on Feb. 24.

“Until President Biden and our NATO allies apply a no-fly zone over Ukraine and supply Ukraine with all the lethal defensive equipment they need to defend themselves, NATO cannot claim to unequivocally stand for the preservation of freedom and democracy across the globe,” Rep. Brian Fitzpatrick (R-Pa.) wrote in a recent statement.

The North Atlantic Treaty Organization, or NATO, has been sending military assistance including weapons to Ukraine but has so far refused to become directly involved in the conflict.

Rep. Adam Kinzinger (R-Ill.) also called for a no-fly zone, claiming it would “disrupt Russia’s air ops” and “give the heroic Ukrainians a fair fight.”

Ukrainian officials have urged Western leaders to impose a no-fly zone, suggesting their country will be overrun if a zone is not put into place.

Top Biden administration officials and NATO leaders have said, though, they won’t impose a no-fly zone.

“It would require deploying U.S. military to enforce, which would be a direct conflict—potentially a direct conflict and potentially war with Russia, which is something we are not planning to be a part of.,” White House press secretary Jen Psaki told reporters in Washington on Monday.

If Biden did end up wanting to impose a no-fly zone, he would need to seek congressional approval, according to Rep. Brad Sherman (D-Ill.).

“We strongly urge you administration to respect the separation of powers, U.S. law, and Congress’s constitutional war powers authority,” Sherman and 25 other members of Congress wrote to Biden in February.

Additional members have also opposed the push for a no-fly zone.

“Those pushing to establish a no-fly zone over Ukraine need to rethink. Not an option and would lead directly to US-RU conflict,” Rep. Elaine Luria (D-Va.), a Navy veteran, wrote on Twitter.

Wicker on the Senate floor on Monday said Biden should “dramatically increase weapons and supplies to Ukraine” but didn’t mention his support for a no-fly zone.