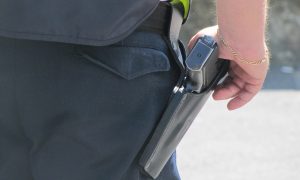 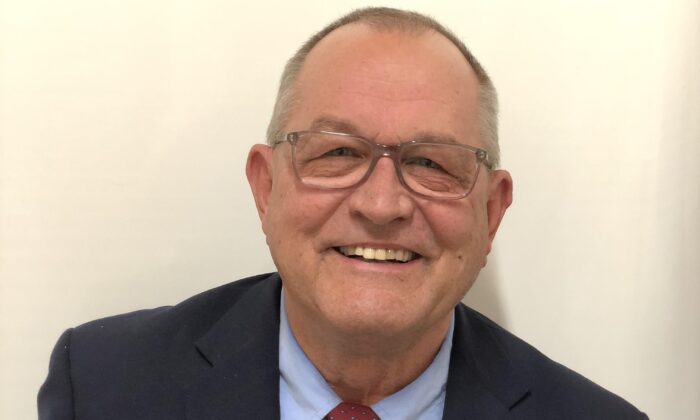 A Kentucky businessman has won a state House of Representatives seat that was held by a Democrat since at least the 1960s, earning a shout-out from the president.

Richard White, owner of a lumber business and a former real estate developer from Morehead, won District 99 in the Feb. 25 special election, garnering 4,750 votes, or 56 percent. He will complete the unexpired term of Democrat Rocky Adkins, who resigned in December to advise the new Democratic governor, Andy Beshear.

While Kentucky is a deeply Republican state with GOP supermajorities in both the state House and Senate, District 99 was represented by a Democrat at least since 1970. White said the district was blue possibly since the Civil War era, though The Epoch Times wasn’t able to verify this.

Even in 2016, when the district voted almost 68 percent in favor of the Republican presidential nominee, Donald Trump, the state House seat still remained Democratic by nearly the same margin.

“Big Story, Big Win – Except in the Fake News, which won’t cover it!” Trump commented on Twitter.

White sounded happy about the support.

“That’s great. This is a pretty historical race, really,” he told The Epoch Times in a phone call.

White decided to run to provide better representation for the district, he said.

A Democratic representative “couldn’t get to first base on anything” in the GOP-controlled legislature, he said. “It was important that somebody got in there as a Republican to represent this area and have a seat at the table.”

His agenda is staunchly conservative and pro-Trump.

“I support President Trump and his commitment to economic growth for Eastern Kentucky. And, as a businessman of over 44 years, I understand how to create jobs, and the role education plays in our global economy,” he said on his campaign website. “As a pro-life Christian, I will stand up for your most important constitutional rights, the second amendment, freedom of speech, and religion.”

He supports Trump for invigorating the economy and also because “he’s not manipulated by the power base in Washington, D.C.,” White said.

A longtime official in the state’s Republican Party, White said there was consensus that he was “probably the most electable person” in the area.

“I ran a race before, and I had good name recognition,” he said.

The campaign was brief, and White only spent about $50,000, which was far less, he said, than his opponent.

“He was on five TV stations. I wasn’t on a single TV station,” White said.

The state GOP helped White with several waves of mailings, and he also ran some radio ads, but he believed that what had the biggest effect was door-to-door electioneering, phone calls, and social media.

“They said a race can’t be won with social media, but I think it was in this case,” he said.

“I was the only one that showed up as a candidate,” he said.

White’s opponent, Bill Redwine of Sandy Hook, is a former alumni relations official and auxiliary services head at Morehead State University. He’s a former head of the Rowan County Board of Education. His campaign didn’t respond to a request by The Epoch Times for comment.

White won’t have much time to celebrate, since the primary to run for a full two-year term is set for May 19, with the regular election scheduled for Nov. 3. Redwine is running again, according to the Courier-Journal.