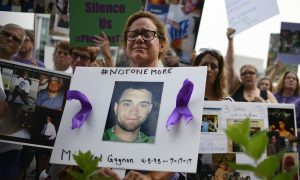 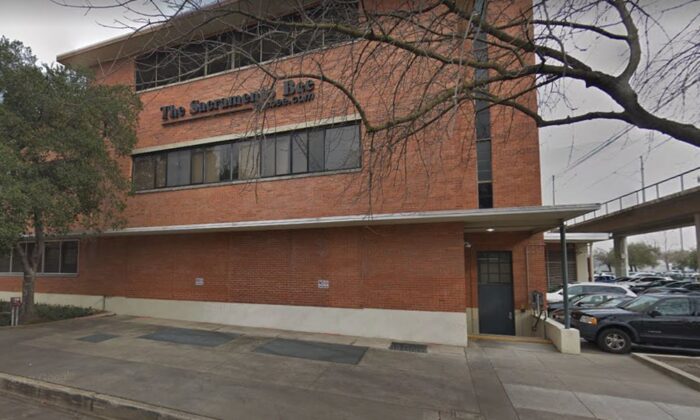 The Sacramento Bee and McClatchy headquarters in Sacramento, California, in a file photo (Google Street View)
US News

A top newspaper publisher, McClatchy Co., is teetering near bankruptcy amid pension payouts, according to reports.

The company faces a mandatory $124 million contribution to its pension plan next year, reported Bloomberg News, which also detailed the possible bankruptcy filing.

The Sacramento, California-based firm is among the largest newspaper publishers in the country and owns 29 daily newspapers in 14 states, including the Fort Worth Star-Telegram, the Sacramento Bee, the Miami Herald, the Kansas City Star, the Fresno Bee, the Charlotte Observer, and more.

“If they can’t offload the pensions or get pension plan relief, they’ll have to file for bankruptcy,” said media analyst Craig Huber, who is the head of Huber Research Partners. He’s studied the firm since 1995.

He said the publisher would have less than $20 million in free cash flow next year, which would be insufficient to cover the $124 million in pension obligations.

“It could engage in a distressed debt exchange or file for Chapter 11 bankruptcy before September 2020, when the bulk of its mandatory pension contributions are due,” S&P analysts Thomas Hartman and Vishal Merani also wrote about McClatchy, Bloomberg reported.

Earlier this month, the company released its third-quarter earnings, saying it will have a “significant liquidity challenge in 2020″ due to the pension obligations, the report said.

The Wall Street Journal also reported that the firm is negotiating with its “creditors and federal authorities about a possible government takeover of its pension fund.”

“The amount due greatly exceeds the company’s anticipated cash balances and cash flow given the size of its operations relative to the obligations due and creates a significant liquidity challenge in 2020,” said McClatchy in a statement accompanying its latest earnings report.

At the same time, McClatchy applied to the IRS to waive its upcoming pension payments. The application was denied, according to the report.

“Management continues to explore other means of pension relief including working productively with many members of Congress in search of legislative relief that would mitigate the burden of the minimum required contributions,” it added in a statement. “The company and its advisors are exploring all available options to address these liquidity pressures.”

According to NiemanLab, the firm is saddled with debt.

“McClatchy sits on one end, bloated with more than $700 million in debt. That’s way down from the more than $5 billion it saddled itself with by acquiring Knight Ridder in 2006—a disastrous deal, burdened with a price-tag held over from the good old days, just as they were ending. But it’s still $700 million,” according to its blog post on the potential bankruptcy filing.

And McClatchy isn’t the only publisher to suffer in recent years.

“This decline in overall newsroom employment was driven primarily by one sector: newspapers,” said Pew. “Newspaper newsroom employees dropped by 45 percent over the period, from about 71,000 workers in 2008 to 39,000 in 2017.”