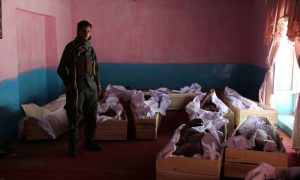 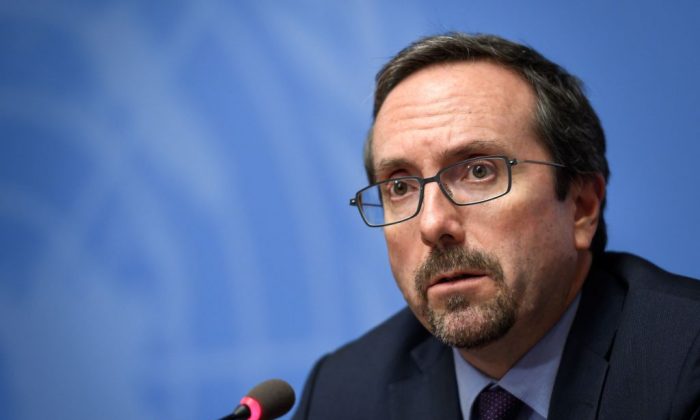 US Ambassador to Afghanistan John Bass attends a press conference during the UN Conference on Afghanistan in Geneva, on Nov. 27, 2018. (Fabrice Coffrini/AFP/Getty Images)
Politics

Reports of Taliban Calling Off Peace Talks Are False, US Ambassador Says

A top U.S. official said that reports of the Afghan Taliban calling off peace talks with the United States in Qatar this week are false.

On Jan. 8, the Taliban said an “agenda disagreement” took place over the involvement of Afghan officials and of a possible ceasefire and prisoner exchange. The Taliban officials said previously that two days of peace talks had been scheduled to start Jan. 9.

However, the Taliban had refused to allow Afghan officials to join.

“Taliban should talk to fellow Afghans as much as they talk to media,” he continued.

The 18-year war in Afghanistan has been the longest American war effort ever and has cost thousands of American lives. The U.S. Embassy in Kabul didn’t immediately respond to a request for comment on the alleged cancellation of talks.

A Taliban source told Reuters that U.S. officials had insisted that the Taliban “should meet the Afghan authorities in Qatar and both sides were in disagreement over declaring a ceasefire in 2019.”

The unidentified source claimed that both sides agreed to not meet in Qatar. Meanwhile, Taliban spokesman Zabihullah Mujahid said earlier that the two sides were still trying to work out the technical details of the talks and they were unclear on the agenda.

Recent reports suggested that President Donald Trump is planning to withdraw about 7,000 of the roughly 14,000 total U.S. troops from Afghanistan, but a White House official said there was no such order.

Meanwhile, a draft agreement drawn up by the U.S. think tank RAND Corporation outlined the clauses for a potential peace deal. It was circulated among Afghan officials and diplomats in Kabul.

But the U.S. Embassy in Kabul said that RAND is a private research institution that is “independent of the U.S. government and does not represent U.S. policy.”

“Intra-Afghan talks are essential to settling this terrible conflict. Questions of future governance or other internal aspects of the conflict can only be addressed and solved by Afghans,” the embassy said.