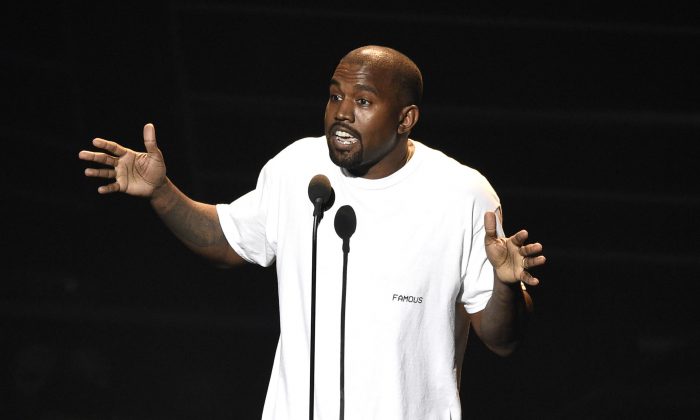 Kanye West appears at the MTV Video Music Awards at Madison Square Garden in New York, in this file photoo. (Photo by Chris Pizzello/Invision/AP)
US

After rapper Kanye West was released from a Los Angeles hospital earlier this week, more details have been revealed about the possible reasons why it happened.

While it has been reported that West, 39, suffered a nervous breakdown before his hospitalization last month, it may have stemmed from him taking medication in an “erratic” manner, TMZ reported, citing sources close to his family. The report stated that he “deviated from the prescribed dosage” of medication, which is what led to the alleged mental breakdown.

Some of West’s lyrics deal with taking psychiatric medication. On a track from his “Life of Pablo” album, he says: “You ain’t never seen nothing crazier than / This [expletive] when he off his Lexapro.”

West is currently under outpatient treatment but isn’t under constant observation, the TMZ report said.

Newly released audio from the 911 call that led to West’s hospitalization was released last week. A doctor can be heard speaking with a dispatcher.

“If you can bring both. I think he’s definitely gonna need to be hospitalized. I wouldn’t just do the police by itself,” a caller is heard saying about West, ABC13 reported.

The dispatcher then replies: “Sir if you could just keep an eye on him. …Don’t let him get any weapons or anything. If anything changes, if he does become physically combative between now and the police or paramedics getting there, give us a call back at 911.”

Before West was hospitalized, he made statements about Jay Z, Beyonce, and Republican President-elect Donald Trump during his last two concerts before cutting his Saint Pablo Tour short.

The rapper had been working at an intense pace, playing 40 dates in 86 days before he was sent to the UCLA Medical Center.