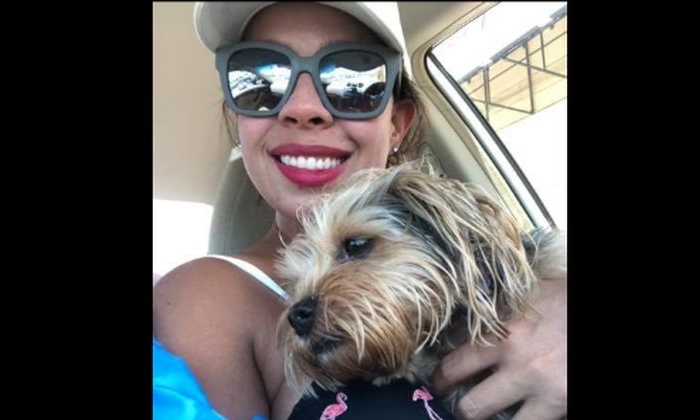 Carla Stefaniak, of Miami, was celebrating her 36th birthday, Fox13 reported. Her sister-in-law, April Burton, left the country last week, which is one day earlier than she was slated to return. (Carla Stefaniak/Facebook)
US News

Reports have confirmed that Carla Stefaniak, who disappeared in Costa Rica last week while she was on vacation, appears to have been found dead on the property where she had been staying.

Costa Rican authorities have confirmed that the body belongs to her, and her death is now being investigated as a homicide, WSVN reported on Dec. 4.

A security guard was also detained as part of the murder investigation, the Costa Rican Judicial Investigation Department confirmed to the news outlet.

Walter Espinoza, the director of the agency, said the guard was identified as Bismarck Espinosa Martinez, 32, of Nicaragua. He apparently contradicted his own account to police and then became a person of interest in the investigation, WSVN reported.

Authorities added an autopsy confirmed that Stefaniak’s cause of death was due to head, neck, and other injuries.

Espinoza told WSVN that all data gathered in the case shows the body is her’s, but officials are waiting to compare the fingerprints with FBI records. Dental and DNA records might be used to identify the body.

On Dec. 3, reports said that a body was located on the Airbnb property where she was staying. It was discovered partially buried in plastic bags in a mountainous area.

Mario Caicedo, Stefaniak’s brother, told WTSP her father hasn’t yet seen the body yet. The family is continuing to hold out hope that she is still alive.

“The family has yet to see the body and they were in the process of securing dental records for the examiners!” says a post on Finding Carla Facebook page. “We don’t know why the media is announcing the identity of the body or what Costa Rica officials are trying to do by not allowing the family to view the remains BEFORE announcing anything.”

The page added: “The family has not confirmed the identity by viewing or providing DNA samples.”

On Tuesday, a family friend, Bugra Demirel, told the BBC they had waited outside the morgue to identify her body. Officials turned them away, saying they needed more time.

Burga told the BBC: “It’s a horrible wait, and every single minute that Costa Rican officials are not showing the body is just a tremendous amount of pain on the family.”

Another brother, Carlos Caicedo, previously told WFLA that he’s in Costa Rica, saying he visited the Airbnb and elaborated on what the guards had told him. “She went there the night before and left at 5 a.m.,” said Caicedo. “Everything is gone. She left with everything on hand.”

“None of us really believe this 5 a.m. story because it really doesn’t make sense,” her sister-in-law April Burton told Fox13. “We know she was abducted. There’s no reason for her not to contact anyone.” Burton had traveled to Costa Rica with Stefaniak, but she left one day before her.

Burton told CBS News this week that a rainstorm appeared to knock out the power at Stefaniak’s Airbnb. The woman said that “it’s pretty sketchy here,” Burton said.

“It was her birthday, and it makes me feel really bad. I do feel guilty because I left early,” Burton told Fox13. She saw Stefaniak last at the airport.

The U.S. State Department in September 2018 sent out a travel advisory for people visiting Costa Rica. “Exercise normal precautions in Costa Rica. Some areas have increased risk,” the agency says.  The Costa Rica Star publication, meanwhile, wrote in September that the Central American nation is “experiencing a mini crime wave,” which will “affect the tourist trade, including hotels, restaurants, tours, taxis,” and more.