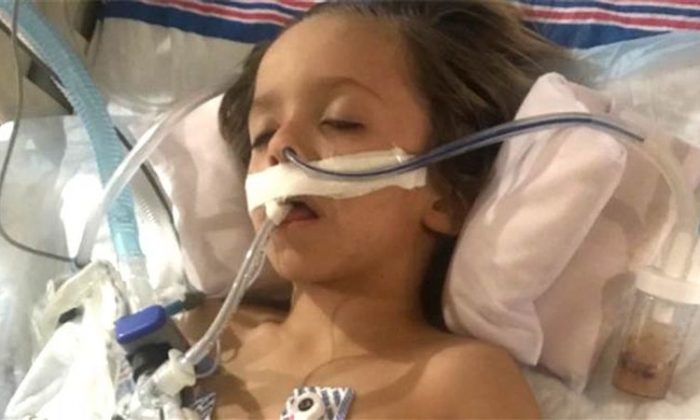 A Florida boy who contracted rabies has died, according to his family.

Ryker Roque, 6, was hospitalized at a facility in Orlando and was being kept under anesthesia in an attempt to save his life, Today.com reported. His family was attempting an experimental technique known as the Milwaukee protocol that has saved about 20 people worldwide.

Ryker contracted the virus after finding a sick bat.

“(I) found a bat, put it in a little bucket, put it on the porch and I had asked my son, ‘don’t touch it under any circumstances’,” father Henry Roque was quoted by Today.com as saying. “So, apparently he put his hand in there and touched it and he said it only scratched him, so I frantically googled it real quick and it says to wash his hands with soap, hot water for five minutes.”

They didn’t get Ryker immediate medical attention because of his fear of shots.

A week later, he complained of headaches and numb fingers, and his father feared the child hit his head while playing. He then rushed him to the hospital.

Doctors then became alarmed when he mentioned the bat.

“I mean, alarms, bells, whistles went off,” he said. “They went frantically looking for the other doctors to tell them that it was a bat and how severe it was. And then they all came in. We had a conference and they explained to me that it’s almost always lethal.”

When the disease spreads to the brain before treatment, it’s nearly impossible to reverse.

The Centers for Disease Control and Prevention says that rabies cases are usually contracted via wild animals like raccoons, skunks, bats, and foxes.

“The rabies virus infects the central nervous system, ultimately causing disease in the brain and death. The early symptoms of rabies in people are similar to that of many other illnesses, including fever, headache, and general weakness or discomfort,” the CDC says.

It says: “As the disease progresses, more specific symptoms appear and may include insomnia, anxiety, confusion, slight or partial paralysis, excitation, hallucinations, agitation, hypersalivation (increase in saliva), difficulty swallowing, and hydrophobia (fear of water). Death usually occurs within days of the onset of these symptoms.”

His family set up a GoFundMe page to pay for the boy’s medical bills. “The doctors explained that if it was rabies, he has a 0% chance of survival. Now, a few days later they finally got the tests back that showed it was postive for rabies , there has been one case of a girl who has surpased the 0% chance of rabies,” the page says.