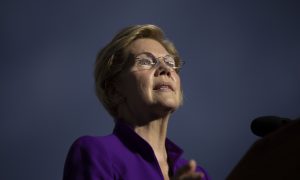 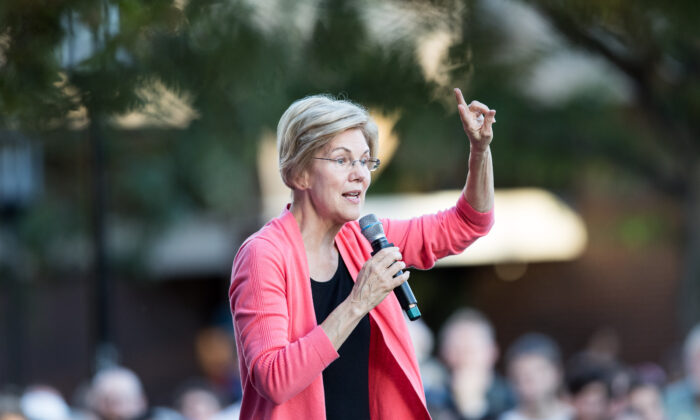 Reporters, Writers Defend Warren Over Her Story About Being Fired for Being Visibly Pregnant

A number of reporters and writers have publicly defended Sen. Elizabeth Warren (D-Mass.) from charges that she had made up being ousted from a teaching job over being “visibly pregnant” with no evidence supporting her account other than her own story, which changed over time.

Warren said on Oct. 8 that she was standing by her account about being forced to leave a teaching job in 1971 because she was clearly pregnant at the time, even after the release of minutes from county board meetings that seemed to clash with her story.

The minutes showed that the board voted in April 1971 to renew Warren’s teaching contract, but about two months later the board accepted her resignation. Local papers at the time described Warren as resigning to raise a family.

Warren said in a 2007 interview portrayed the split as her own decision, saying that she “didn’t have the education courses, so I was on an emergency certificate … and I went back to graduate school and took a couple of courses in education and said, ‘I don’t this is going to work out for me.'”

Warren said in a statement this week that she was promised a job, but when she became “visibly pregnant” the principal informed her the job “would go to someone else.”

CNBC reporter John Harwood was among the reporters and writers who took Warren’s side, writing on Twitter: “Does anybody seriously believe it was not as everyday as sunrise that employers made pregnant women leave their jobs 50 years ago? Get real.”

I once applied for a job while VERY pregnant and was told that I might not be a good fit because I had “other priorities” and a gesture was made to my stomach and that was in 2013 so yeah, I believe Warren on this one

Nancy Kaffer, a member of the Detroit Free Press editorial board, argued that because pregnancy discrimination happened to some women in the 1970s, Warren’s story must be true.

Others have alleged that Warren’s evolving story about the firing over the years includes no real discrepancies, and some others also said that because the situation has happened to a number of women, it likely or definitely happened to Warren.

Columbia Journalism Review writer Lyz Lenz also said that she believes Warren, writing on Twitter, “I once applied for a job while VERY pregnant and was told that I might not be a good fit because I had ‘other priorities’ and a gesture was made to my stomach and that was in 2013 so yeah, I believe Warren on this one.”

“It’s so dumb we are even having this conversation. I know women who THIS YEAR hid pregnancies from their coworkers, because of discrimination but you all want to act like Warren is just making [expletive] up OK,” she wrote.

Warren also shared some women’s experiences with discrimination based on pregnancy in a video released on Twitter after the release of the county records.

“Telling our stories is one way we can fight back,” Warren said.