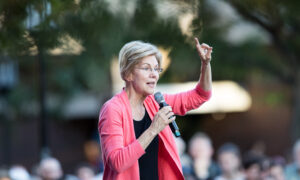 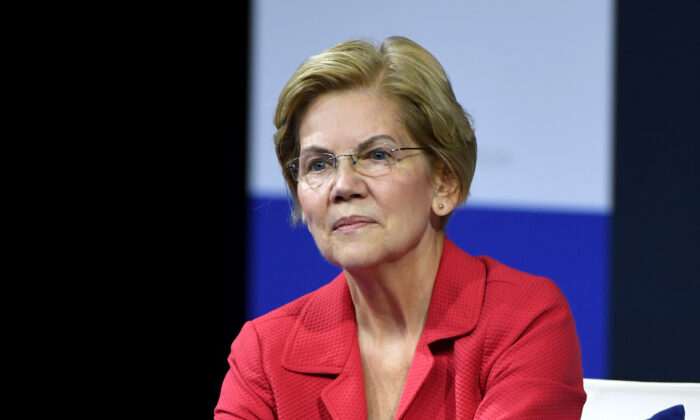 Newly published county records could contradict a story told by Sen. Elizabeth Warren (D-Mass.) about being fired in the early 1970s because she was pregnant.

Warren has said multiple times recently that she was fired from her job as a teacher in New Jersey because she was “visibly pregnant.”

Minutes from the Riverdale Board of Education obtained and published by the Washington Free Beacon show that the board voted on April 21, 1971, to give Warren a new contract for a part-time teaching job.

Minutes from a board meeting held on June 16, 1971, show the board accepted Warren’s resignation “with regret.”

Riverdale Board of Educatio… by Washington Free Beacon on Scribd

Warren described the break from her teaching job in a 2007 interview as a choice between continuing her career and having children.

She said she worked in her first year after graduating college “in a public school system with children with disabilities.”

“I did that for a year, and then that summer I didn’t have the education courses, so I was on an ’emergency certificate,’ it was called. I went back to graduate school and took a couple of courses in education and said, ‘I don’t think this is going to work out for me.’ I was pregnant with my first baby, so I had a baby and stayed home for a couple of years,” she said.

Warren appeared to first mention the pregnancy aspect in her book, published in 2014. She said earlier this year during a speech that she “finished out the year visibly pregnant and didn’t get invited back.”

In the September Democratic presidential debates, she said: “I made it as a special needs teacher. I still remember that first year as a special needs teacher. I could tell you what those babies looked like. I had 4- to 6-year-olds. But at the end of that first year, I was visibly pregnant. And back in the day, that meant that the principal said to me—wished me luck and hired someone else for the job.”

The Warren campaign didn’t respond to a request for comment from The Epoch Times.

One local paper at the time reported on Warren’s reason for departing the school as “leaving to raise a family.” Another said she “resigned for personal reasons.”

When I was 22 and finishing my first year of teaching, I had an experience millions of women will recognize. By June I was visibly pregnant—and the principal told me the job I’d already been promised for the next year would go to someone else.

In a statement in response to the county records release on Oct. 8, Warren said: “When I was 22 and finishing my first year of teaching, I had an experience millions of women will recognize. By June I was visibly pregnant—and the principal told me the job I’d already been promised for the next year would go to someone else.”

“This was 1971, years before Congress outlawed pregnancy discrimination—but we know it still happens in subtle and not-so-subtle ways. We can fight back by telling our stories. I tell mine on the campaign trail, and I hope to hear yours,” she added.

Warren told CBS that she stood by her story.

She said she was offered the job, as the minutes that were published indicate, but the principal called her in a couple of months later and said the offer was rescinded.

Asked why she told the story the way she did in 2007, Warren said her life since being elected as a senator in 2012 caused her to “open up” about her past.

“After becoming a public figure I opened up more about different pieces in my life and this was one of them,” she said. “I wrote about it in my book when I became a U.S. Senator.”

Two retired teachers who worked at the Riverdale Elementary School told CBS that they don’t remember anyone being fired for being pregnant but that the environment at the school in the early ’70s was one that left pregnant women with little job security.