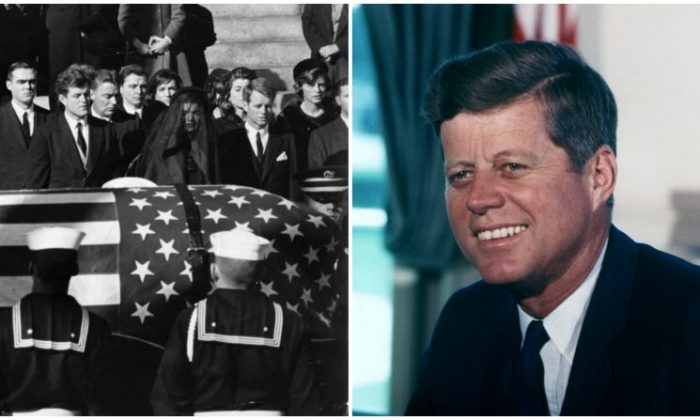 The reporter at Cambridge News, who is not named in the document, received a call instructing him to call the American Embassy in London “for some big news.” The caller then hung up.

“After the word of the president’s death was received the reporter informed Cambridge police of the anonymous call and the police informed MI-5,” the document reads, with MI5 referring to the British equivalent of the Secret Sevice.

“The important point is that the call was made, according to MI5 calculations, about 25 minutes before the president was shot,” the memo from former CIA Deputy Director James Angleton reads.

According to MI5, the reporter was “a sound and loyal person with no security record.” The reporter had never received this type of call, according to the memo, dated Nov. 23, 1963.

The Cambridge News reported on Friday that it did not know the identity of the reporter, but added that the existence of the memo was first uncovered by Michael Eddowes, a lawyer who had a lifelong dedication to investigating the mystery shrouding Kennedy’s death.

Eddowes died in 1992, but he told Cambridge News in 1981 that his research led him to believe that the anonymous caller was Albert Osborne, a British-born Soviet spy.

According to Eddowes’s research, Osborne befriended Lee Harvey Oswald, the man charged with the assassination, about two months before Kennedy’s death. Eddowes theorized that the call was made because the Soviet Union wanted to cast the shadow of conspiracy on the assassination to sow discord in the United States.

Eddowes was not able to discern why the call was made to a local newspaper rather than a national outlet, where it would have made a bigger impact.

The U.S. government released a batch of 2,800 documents never before seen by the public on Thursday, Oct. 26. But these are not all of the documents related to the assassination since the CIA and the FBI convinced President Donald Trump to block the release of the last portion of the document trove.

“I have no choice, today, but to accept those redactions rather than allow potentially irreversible harm to our Nation’s security.”, Trump wrote in a memo relating to the release.