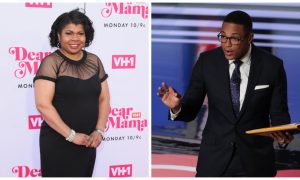 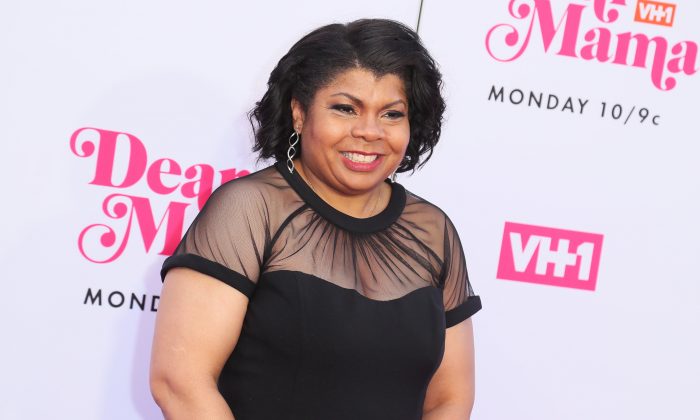 April Ryan at an event in May 2019 in Los Angeles, California. (Leon Bennett/Getty Images)
US News

The New Jersey reporter who appeared to be assaulted by April Ryan’s bodyguard said that her response during an appearance on CNN’s “Reliable Sources” over the weekend was disappointing.

“Her telling of the events did not ring true to me. She was suggesting that if I would have only asked for permission I would have gotten it,” Charlie Kratovil of New Brunswick Today told The Epoch Times.

The story leaves out how Joel Morris, Ryan’s bodyguard, was given Kratovil’s business card and took the card back to the table where he was sitting with Ryan at the Aug. 3 event, Kratovil said.

“I’ve gotta figure that they discussed which form of action to take. She made it seem that this was all unclear to her what was going on. The truth is she had every opportunity to evaluate a request for permission and grant it,” Kratovil said.

Video footage filmed later at the event showed Morris approaching the reporter and demanding to know who he was. Morris then approached Ryan, spoke with her, and came back,  grabbing Kratovil’s camera and taking the equipment from the event room into the lobby. As Kratovil followed Morris, Ryan told the attendees: “When I speak, I don’t have news covering my speech.”

Morris was charged with assault on Aug. 19.

Ryan, a high-profile reporter who is openly against Republican President Donald Trump and often accuses the president of restricting press freedom, frequently appears on CNN as a political analyst and also works for American Urban Radio Networks.

Ryan appeared on CNN on Aug. 25 to speak about the incident and said that she did not order Morris to remove Kratovil or his camera.

CNN political analyst @AprilDRyan breaks her silence after her former bodyguard allegedly assaulted a journalist attending one of her speaking events. “I did not order anyone to do anything,” Ryan says. pic.twitter.com/iLxYDeblZp

“What you saw was my then-bodyguard, who was concerned with my safety, come to me and say ‘stop talking.’ They were about 100 feet away from me, I didn’t know what was going on or what was said,” Ryan told “Reliable Sources” host Brian Stelter.

She also claimed to be supportive of press freedom and said the contract for the event stated that anyone who wanted to film Ryan or interview her had to ask for permission. Kratovil has shared emails showing he had permission to attend the event. She also declined to condemn the assault.

“Do you regret that the bodyguard put his hands on this reporter? To me, that’s completely inappropriate,” Stelter said. Ryan declined to condemn the assault or apologize to Kratovil, saying the bodyguard was “concerned for my safety” and said that people have twisted her words in the past, “creating hate against me.”

Kratovil said that it was “disappointing” that Ryan didn’t condemn the assault. He noted that he had filmed the event for nearly two hours before Ryan got on stage and because the musical performance was on the floor, he turned his camera to capture it before she spoke and Morris and Ryan both saw the camera.

That video was posted online by Kratovil on Aug. 26.

The New Jersey chapter of the Society of Professional Journalists was among the groups condemning the assault.

“As a first principle, it is never under any circumstances permissible for a person aggrieved at being photographed or videotaped to lay hands on the journalist, or attempt to take away the journalist’s equipment,” the group stated. “This is a bright-line rule from which all journalists benefit, and which must be observed and enforced rigorously. Even in the event of a trespass (and Kratovil, a registered guest, was not a trespasser), the only proper recourse is to notify law enforcement, not resort to ‘self-help,'” the group said in a statement.

“Moreover, ‘ground rules’ about the use of recording equipment at events to which members of the public are invited should be clearly spelled out, in advance, to all attendees. To the extent that recording is to be restricted, such restrictions should be uniformly enforced—or unenforced—among all attendees, regardless of their media affiliation. While journalists may have no special rights superior to members of the public, they do not have fewer rights than others.”