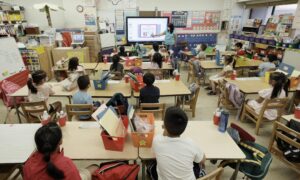 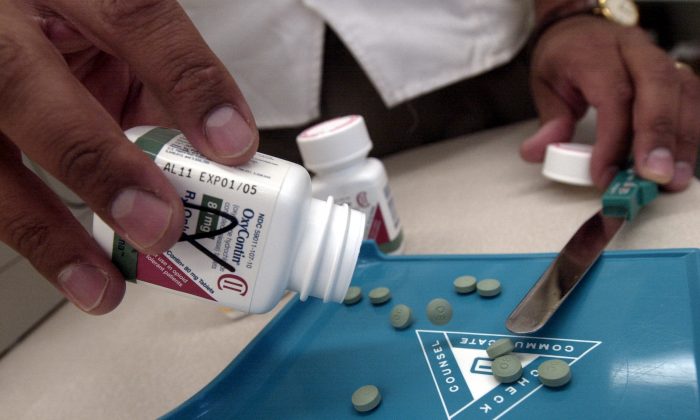 Doctors in New York who received increased payments from opioid manufacturers prescribed more drugs to their patients, according to a recent report (pdf) from the New York State Health Foundation.

It is the first study to examine the impact of the relationship between physicians and the pharmaceutical industry on the prescription of opioids or painkillers in the New York state.

Every day, more than 115 people in the United States die from an opioid overdose, according to the National Institute on Drug Abuse. In New York, the opioid epidemic killed 3,009 people in 2016 alone and has been labeled an ongoing public health emergency, the report states.

For every extra dollar a doctor received in opioid-related payments, the doctor prescribed at least $10 or more of additional opioids. Researchers found that doctors who started to accept more payments from pharmaceutical companies ended up increasing their opioid prescription rates significantly more than those who did not.

“Thousands of New Yorkers die each year from opioid overdoses, and the numbers are growing at an alarming rate,” President and CEO of NYSHealth David Sandman said in a statement. “Spending by drug companies may be fueling the epidemic. Policymakers and law enforcement should take a hard look at these financial entanglements.”

The opioid epidemic is egged on by both legal and illegally obtained opioids. In 2016, nearly 9 million opioid prescriptions were dispensed in New York state. While the report notes that this figure has actually been declining in recent years, prescription opioids still accounted for more than one-third of deaths involving opioids in 2016.

Payments from opioid manufacturers to physicians were made in the form of speaking fees, honoraria, food, and beverages. Between 2013 and 2015, about 3,400 New York state doctors received payments totaling over $3.5 million.

In 2014, a group of doctors who started receiving opioid-related payments increased their prescribing rates by 37.2 percent from the previous year and another 24.7 percent between 2014 and 2015, according to the report. In comparison, a group of similar doctors who did not receive opioid-related payments increased their prescriptions by 15.6 percent in 2014 and just 1.9 percent in 2015.

Researchers found that doctors who received payments worth $20 or less wrote $34,000 worth of opioid prescriptions on average from 2013 through 2015. That amount is equivalent to about 8,000 days’ worth of opioids, based on the average opioid costs during that time period.

Doctors who received payments worth up to $50 prescribed almost $50,000 of opioids—enough for about 12,000 days’ worth of opioids.

The group of physicians that received more than $10,000 worth of opioid-related payments—the highest group—prescribed over $1,247,896 worth of opioids on average—enough for about 300,000 days’ supply of opioids.

“The research shows clearly that promotional activities from drug companies lead to increased prescribing,” said Mark Zezza, director of policy and research at NYSHealth. Zezza said the report shows a link between payments and increased prescriptions, but cannot determine if the prescribing is inappropriate.

The findings reveal potential conflicts of interest and increases concern that money influences doctors’ prescribing habits. While these payments are legal, remuneration or payments that constitute an “inducement” are illegal and prohibited by the federal Anti-Kickback Statute, under which “the exchange (or offer to exchange), of anything of value, in an effort to induce (or reward) the referral of federal health care program business” is a criminal offense.

A law dubbed “The Sunshine Act” that passed in 2010 and became effective in 2013 also helps with transparency, as it requires any payment $10 or greater to a physician to be reported. All reports must be made to the Centers for Medicare and Medicaid Services (CMS). CMS then publishes the data on a publicly accessible website.

Other key findings revealed how in the years between 2013 to 2015, a total of 25,555 opioid payments were made to doctors. The average total payment each doctor received was $1,050.

The findings come after Congress passed 50 bills to combat the opioid crisis in June. President Donald Trump has made tackling the opioid epidemic one of his top priorities. The recent legislation will help the president with his initiative, launched on March 19, to fight the epidemic. It includes programs for reducing demand and overprescription, cutting off the supply of illegal drugs, and helping those struggling with addiction.

One possible solution outlined in the report called for an outright ban on all opioid-related payments to physicians.

“Consideration should be given to banning most, if not all, physician-industry promotional interactions, particularly for controlled substances such as opioids,” the report states.