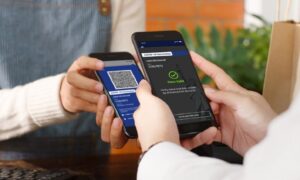 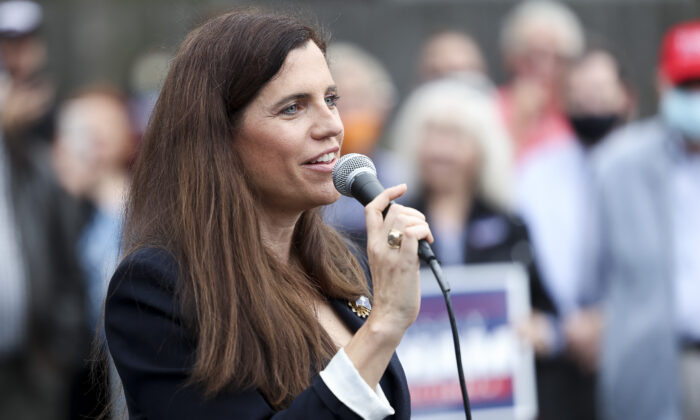 The new member of Congress said that her house in South Carolina was vandalized with far-left slogans like “all politicians are [expletives]” and a symbol of the anarcho-communist network Antifa.

“It’s very scary,” Mace told supporters in a video she filmed showing the spray-painted words on the sidewalk and road in front of her house, as well as the house herself.

“What pisses me off, what makes me so angry, is that this is a house that I live in with my kids, my two kids … and my kids aren’t even safe on the front porch of their own home. It’s wrong. We can disagree politically, but vandalizing someone else’s property is wrong and it’s illegal,” she added.

Mace appeared to be targeted for voting against the Protecting the Right to Organize Act, or PRO Act. The vandals wrote on the home, “Pass the PRO Act.”

Charleston police officers visited the home on Tuesday to give the representative an update on the investigation. The department told The Epoch Times via email that no arrests have been made.

Mace was targeted last year before winning her congressional race, with her car keyed and the words “[expletive] you” scratched into the door, according to the Mount Pleasant Police Department.

Mace on Tuesday urged people to take time to ponder their actions.

“As I’ve had time to digest what has happened over the last 24 hours, I also wanted to take a moment to urge people to think about their words and their actions. It’s not just social media, but our words impact real people and impact real lives. We should take it down a notch,” she said in a statement.

Mace, 43, entered Congress earlier this year after spending time as a state representative. She beat incumbent Rep. Joe Cunningham (D-S.C.), part of a wave of GOP wins in 2020 in the lower chamber.

Mace has sought to be a moderate, declining to join many of her colleagues in challenging election results on Jan. 6 and criticizing former President Donald Trump for his actions before and after the breach that day. But she also opposed impeaching Trump.

“I want to be a new voice for the Republican Party,” she said during an appearance on NBC. “That’s one of the reasons why I’ve spoken out so strongly against the president.”