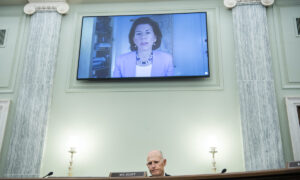 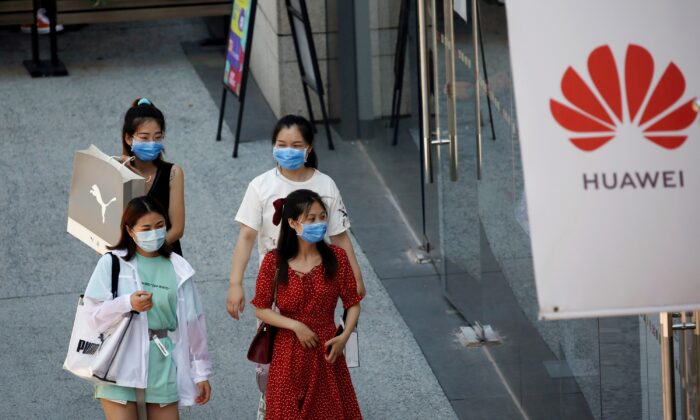 Women walk past a Huawei store at a shopping complex in Beijing on July 14, 2020. (Tingshu Wang/Reuters)
China-US News

President Joe Biden’s nominee for commerce secretary should commit to keeping China’s Huawei Technologies on a blacklist that blocks it from some activities in the United States, Rep. Mark Green (R-Tenn.) said.

Green and other House Republicans urged the Senate to delay the confirmation of Gina Raimondo because she refused to say the Chinese maker of telecommunications gear would remain on the Department of Commerce’s Entity List, where it and 68 affiliate firms were placed during the Trump administration because of national security concerns.

Sen. Ted Cruz (R-Texas) then placed a hold on the nomination over her reluctance to commit on the Huawei matter.

“That’s really what we want to hear. And that’s what the list does. The list has companies that basically can’t do business in the United States and with other companies inside the United States, protecting our national security.”

Major companies based in China are tied to the Chinese Communist Party (CCP) and are compelled, even if executives resist, to share information with the regime.

“Huawei is not necessarily a state-owned enterprise, but the CCP passed a law, their national intelligence law in 2017, that requires every single company in China to share their data and their information, anything that relates to intelligence, which is defined by the CCP, with the government, with with the Communist Party. So that puts all of our data at risk,” Green said.

The Pentagon last year listed Huawei as one of 20 companies backed by the Chinese military.

Huawei has big ambitions, particularly in the 5G arena. The company has tried to win or successfully won bids for contracts to build out networks for fifth-generation mobile technology in countries around the world, but its efforts have faced stiff opposition in the United States and other Western powers. Sweden, for instance, banned Huawei and China-based ZTE from bidding to build its 5G networks.

Huawei has fought against the U.S. government’s designations, filing lawsuits and alleging that the blacklisting affects its right to compete in a free market.

Huawei last week sued the Federal Communications Commission (FCC) over its labeling of the company as a national security threat, alleging the commission exceeded its statutory authority, violating federal law and the U.S. Constitution.

In its filing to the U.S. 5th Circuit Court of Appeals, which was obtained by The Epoch Times, the company wrote, “The order on review potentially impacts the financial interests of the telecommunications industry as a whole, including manufacturers, end-users, and service providers in a broad range of industries, such as internet, cellular and landline telephone, and similar telecommunications applications.”

The FCC told news outlets: “Last year, the FCC issued a final designation identifying Huawei as a national security threat based on a substantial body of evidence developed by the FCC and numerous U.S. national security agencies. We will continue to defend that decision.”

Green said he hopes the judge hearing the case “will dig into it” and “understand that threat that’s there, and really understand what 5G is.”

“It will allow information, the synchronization of information and data over the networks in an exponential fashion that’s going to make—you think about BeiDou, and the GPS system that the Chinese have set up, all of that information will go straight into those satellites,” he said. “It’s going to be an incredible penetration into our data systems. And it’s just—considering the risk with China and the CCP—one we should not take.”