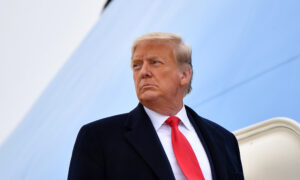 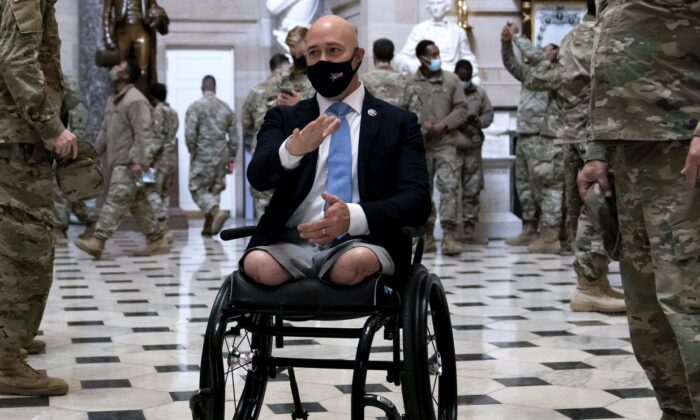 Rep. Brian Mast’s (R-Fla.) question on the House floor appeared to flummox other lawmakers as representatives moved to impeach President Donald Trump for a second time.

Mast asked if any of the people who stormed the U.S. Capitol building on Jan. 6 were asked if they did so because of Trump’s words.

“I rise with a very simple question. On January 6, thousands broke the law by taking siege of our Capitol here with us inside,” Mast started.

The breach, which was criticized by Trump himself and other top White House officials, occurred during the Joint Session of Congress to count electoral votes.

“Has any one of those individuals who brought violence on this Capitol been brought here to answer whether they did that because of our president?” Mast asked.

About 30 seconds of silence followed as Mast stared ahead.

“It appears I will receive no answer,” said Mast, an Afghanistan War veteran who lost both his legs, after the period of awkward silence.

But on Wednesday afternoon, the House impeached Trump for a second time, coming just two days after the articles of impeachment were introduced. It’s unlikely to succeed in the Senate, however.

This week, President Trump called on people who may demonstrate during Inauguration Day to not carry out any acts of violence.

“In light of reports of more demonstrations, I urge that there must be NO violence, NO lawbreaking, and NO vandalism of any kind,” Trump said via the White House. “That is not what I stand for and it is not what America stands for. I call on ALL Americans to help ease tensions and calm tempers. Thank You.”

And Republican National Committee Chairwoman Ronna McDaniel stated that “violence has no place in our politics. Period.”

“I wholly condemned last week’s senseless acts of violence, and I strongly reiterate the calls to remain peaceful in the weeks ahead,” McDaniel remarked. “Those who partook in the assault on our nation’s Capitol and those who continue to threaten violence should be found, held accountable, and prosecuted to the fullest extent of the law.”

She added: “Let me be clear: Anyone who has malicious intent is not welcome in Washington, D.C. or in any other state capitol. The peaceful transition of power is one of our nation’s founding principles and is necessary for our country to move forward.”