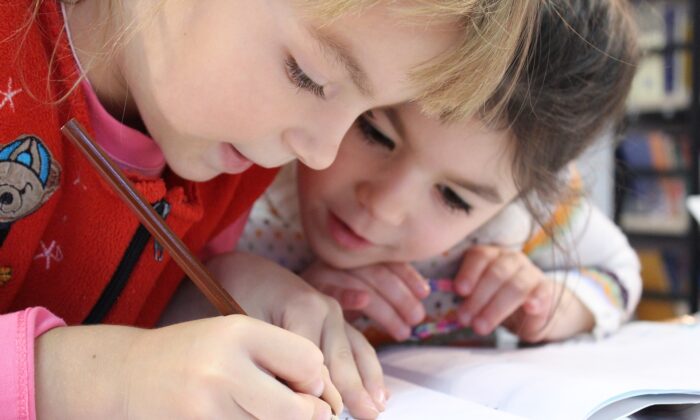 The New South Wales government is proposing a more explicit focus on writing skills in English and rote learning in Maths after decades of declining performances. (klimkin/Pixabay)
Australia

The New South Wales (NSW) education curriculum for Years 3 to 10 will be undergoing major changes as policymakers attempt to address the issue of deteriorating performance.

The draft curriculum, which was published on Friday for consultation, proposes the shift back towards rote learning in maths and places greater emphasis on writing skills.

This builds on the draft curriculum for K to 2, released in late-2021, that made the learning of phonics compulsory again.

The proposed curriculum will also make the teaching of writing the responsibility of English teachers.

However, as a result, Australian writing standards across the board have dramatically declined during the recent decades, with one-in-five Year 9 students failing to meet the writing standard in 2018, according to NAPLAN results.

Glenn Fahey, an expert in education policy, told The Epoch Times that Year 9 NAPLAN results for writing are the best prediction for how students perform after they finish school.

Fahey said the problem was that all students entering high school were assumed to already have good foundational writing skills and expected to simply pick up different styles for different subjects.

“In fact, there is already some resistance on the basis that some English teachers don’t feel that they should be required to teach writing in a range of genres,” Fahey said. “They say it’s beyond the remit of the English subject to do them.”

The English Teachers Association told Sydney Morning Herald that the changes would hand them an “unnecessary burden” because of the different literacy skills between subjects.

“Returning sentence structure and all of that kind of stuff purely to English I think is unfortunate,” ETA Executive Officer Eva Gold said.

Due to decades of declining writing standards, many present day English teachers themselves lack the confidence to teach writing fundamentals.

A survey of over 4,000 teachers in NSW across all subjects revealed that half self-identified as being underprepared for the task of “teaching writing” (pdf).

Caroline Di Russo, a consultant at CX Law, said she has had to explain punctuation to law graduates before.

“I do not know how you … wind up as a graduate in a top tier law firm and you don’t know how to use a possessive apostrophe,” Di Russo told Sky News Australia.

In the maths curriculum, there is also a shift back to focusing on more traditional, instructional learning approaches, involving the rote learning of basic maths fundamentals.

Fahey said a greater emphasis on memorisation would be welcomed because, by international standards, Australian educators don’t emphasise the practice enough.

“One reason why rote memorisation and routine problems are important [in maths] is because it develops the automaticity of students,” he said. “Without having routinely applied certain algorithms and certain arithmetic, students have to try and solve the problem each and every time they encounter it.”

The national curriculum is also currently going through its final review before concluding in April. The NSW curriculum will likely move in lockstep and follow the direction of the national one.

The NSW Education Standards Authority is welcoming public feedback on the proposed curriculum until May 2.