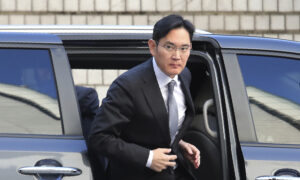 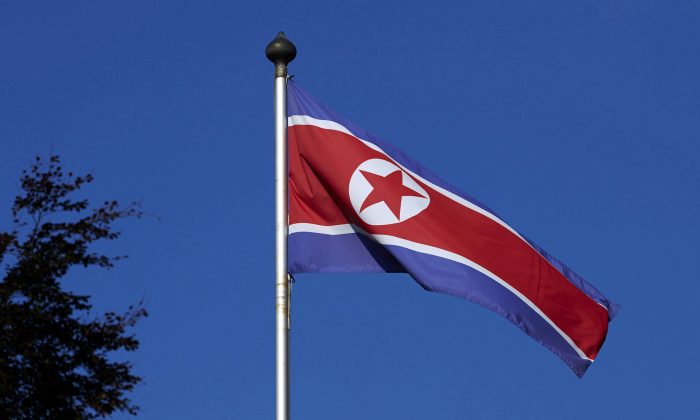 A North Korean flag flies on a mast at the Permanent Mission of North Korea in Geneva, on Oct. 2, 2014. (Reuters/Denis Balibouse)
Asia & Pacific

VIENNA/SEOUL—North Korea appears to have restarted a nuclear reactor that is widely believed to have produced plutonium for nuclear weapons, the U.N. atomic watchdog said in an annual report, highlighting the isolated nation’s efforts to expand its arsenal.

The signs of operation at the five-megawatt (MW) reactor, which is seen as capable of producing weapons-grade plutonium, were the first to be spotted since late 2018, the International Atomic Energy Agency said in its report dated Aug. 27.

“Since early July 2021, there have been indications, including the discharge of cooling water, consistent with the operation,” the IAEA report (pdf) said of the reactor at Yongbyon, a nuclear complex at the heart of North Korea’s nuclear program.

“The bottom line is North Korea wants to improve the number and quality of its nuclear weapons,” he said.

While intelligence on North Korean nuclear weapons is limited, making it impossible to know their number, Albright estimated the country had the capacity to produce material for four to six bombs per year.

The IAEA has had no access to North Korea since Pyongyang expelled its inspectors in 2009. The country subsequently pressed ahead with its nuclear weapons program and soon resumed nuclear testing. Its last nuclear test was in 2017.

“No way to know why the reactor wasn’t operating previously—although work has been ongoing on the water reservoir over the past year to ensure sufficient water for the cooling systems,” she said.

“The timing seems a little strange to me, given the tendency for flooding in coming weeks or months that could affect reactor operations.”

Seasonal rains brought floods in some areas this year, state media have said, but there have been no reports yet of threats to the site, the Yongbyon Nuclear Scientific Research Center.

At a 2019 summit in Vietnam with then-U.S. President Donald Trump, North Korean leader Kim Jong Un offered to dismantle Yongbyon in exchange for relief from a range of international sanctions over nuclear weapons and ballistic missile programs.

At the time, Trump said he rejected the deal because Yongbyon was only one part of the North’s nuclear program, and was not enough of a concession to warrant loosening so many sanctions.

U.S. President Joe Biden’s administration has said it reached out to the North Koreans to offer talks, but Pyongyang has said it has no interest in negotiating without a change in policy by the United States.

“There has been no agreement governing these facilities for a long time now,” said Joshua Pollack, a researcher at the James Martin Center for Nonproliferation Studies (CNS).

In June, the IAEA flagged indications of possible reprocessing work at Yongbyon to separate plutonium from spent reactor fuel that could be used in nuclear weapons.

In the Aug. 27 report, the agency said the five-month duration of that apparent work, from mid-February to early July, suggested that a full batch of spent fuel was handled, in contrast to the shorter time needed for waste treatment or maintenance.

“The new indications of the operation of the 5MW(e) reactor and the radiochemical [reprocessing] laboratory are deeply troubling,” it said in the report, which was issued without notice.

There were also indications of mining and concentration activities at a uranium mine and plant at Pyongsan, and activity at a suspected covert enrichment facility in Kangson, it added.

It’s a safe bet that North Korea intends any newly separated plutonium for weapons, Pollack said, adding that in a speech this year, Kim gave a long list of advanced weapons under development, including more nuclear bombs.

“North Korea’s appetite for warheads is not yet sated, it seems.”

By Francois Murphy and Josh Smith