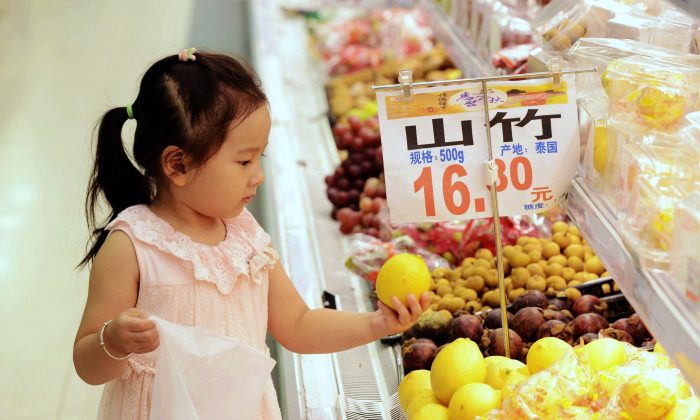 The Chinese Communist Party’s decision last week to abandon the one-child policy, a draconian mandate dating back to 1979, was a necessary pivot in the face of heightening social and demographic challenges.

But the about-face was also economically motivated. Concerns over China’s “old economy” of resource-intensive manufacturing and infrastructure development have long dogged Beijing. China’s official third-quarter GDP readings of 6.9 percent annualized was met with skepticism. Economists suggested that metrics on power consumption, consumer spending, and the central bank’s moves to cut interest rates all pointed to a much deeper slowdown.

It desperately needs a spark to reverse recent economic trends. The elimination of the one-child policy, along with lowered GDP growth goals, are two of the biggest changes to surface from a broader policy shift planned for the next five years.

More importantly, those extra babies would generate around 120 billion to 240 billion yuan ($19 billion to $38 billion) in additional direct consumer spending annually, according to Credit Suisse calculations. The report estimated that it costs 40,000 yuan ($6,330) per year to raise a baby. These amounts do not include indirect incremental spending on energy or infrastructure development due to increased population.

The figure would boost China’s annual consumer retail spending by 4 to 6 percent. In the first half of 2015, consumer spending contributed around 60 percent of China’s GDP.

Consumer spending is a major part of a developed economy, and consists of between 70 and 80 percent of the U.S. GDP. But China’s nominal economic growth over the last two decades has been dominated by manufacturing and trade. While China’s “old economy” is slowing, growth from consumer and retail sectors could be an x-factor going forward.

Nonessential goods and services such as leisure, hospitality, and entertainment have been on the upswing. China’s third-quarter e-commerce sales increased 36 percent year over year, driven by increased Internet commerce and mobile shopping adoption by millennials. Alibaba Group, a bellwether for Chinese e-commerce, reported on Oct. 27 that revenues rose 32 percent in the third-quarter, beating Wall Street expectations and sending its shares comfortably above its IPO price.

Jeremy Haft, an entrepreneur whose business sells in China, said the one-child policy damaged the country demographically but faster population growth brought on by the end of the policy is a business opportunity worth trillions of dollars over time. “All these people will need to be fed, clothed, housed, healed, powered, transported, and networked,” he said.

China effectively lifted its one-child policy in 2013, allowing couples who themselves were an only child to have two children. But so far the impact has been gradual. Cost, China’s busy work culture, and the desire to keep small families meant some couples were still reluctant to have more children.

The biggest impetus is job growth. Good jobs are needed to support continued consumer spending growth. Traditional manufacturing jobs are moving away from China, evidenced by October’s official PMI reading of 49.8 which is in contraction territory. To compensate, Beijing has looked to boost jobs growth from the services sector, including financial and business services.

Certain business leaders are optimistic. Out of more than 730 global businesses executives across several industries, 314 said their companies plan to add jobs in China versus 72 who said they will reduce operations, according to SCM World, a trade organization representing leading global supply chain companies.

According to official statistics, 10.7 million jobs were created in urban areas of China—where most quality jobs reside—in the first three quarters.

But private sector job growth still trails state-owned enterprises. Outside of urban areas, job prospects are grim, and firms in the coal, steel, and chemical sectors are contracting drastically to cut costs.

The news out of China was an unexpected boon to New Zealand’s dairy industry on expected greater demand for milk powder, a major export product for New Zealand. The New Zealand dollar gained 1.7 percent over the last two days since Oct. 28.

The baby product industry saw the biggest increases. China Child Care, which manufactures children’s health care products, rose 40 percent on the Hong Kong Stock Exchange on Oct. 30. Baby food and formula makers such as Mead Johnson and Danone saw their shares surge. Japanese and Korean makers of children’s products were also big gainers last week. Japanese and other foreign brands enjoy high demand in China as they are perceived to have higher quality than domestic brands.

Longer term, the biggest impact of lifting one-child policy will be felt in the services, travel, and technology industries. Today’s young people in China are huge consumers of technology services, smartphones, gadgets, and travel.