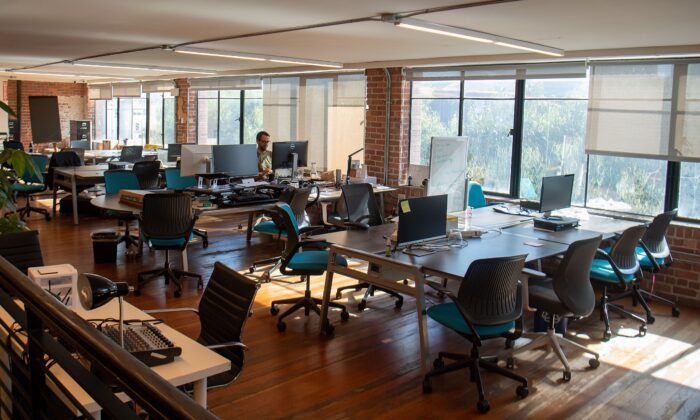 The level of remote workers who feel comfortable returning to the office amid the COVID-19 pandemic has dropped to its lowest level since February, according to a new poll by Morning Consult.

The data intelligence company has been closely tracking the perceptions of employees who typically work in an office but are working remotely due to the pandemic regarding their comfort levels when it comes to returning to the office and traveling for work.

Adults who are currently working remotely were asked, “If your office announced that you could return to your normal workplace starting next week, how comfortable would you feel returning to the office?”

According to data, the share of workers who would feel comfortable returning to the office now stands at 51 percent, down from 73 percent six weeks ago, and signifying the lowest share since early February.

Forty-three percent still feel uncomfortable returning at this time, up nine points from the previous week.

Meanwhile, 53 percent of remote workers said they would consider quitting their job if their employers asked them to return to the office before they felt it was safe to do so.

When it comes to traveling for work, just 40 percent of Americans said they would feel comfortable with domestic travel for work, while 23 percent would be happy to travel internationally.

Growing concerns over the rising number of COVID-19 cases has promoted a number of companies to push back their original return-to-work dates.

In July, tech giant Google announced it was delaying return dates to October from September, while those returning to the office will need to be fully vaccinated.

Apple has also postponed a return to offices until at least January and advised employees to get vaccinated in light of an apparent increase in Delta variant cases.

Amazon also pushed back its return-to-office date for tech and corporate workers until January, while Microsoft, Twitter, Uber, and Lyft followed suit with the latter telling workers not to return to the office until February 2022.

Following months of declining CCP (Chinese Communist Party) virus infections, the United States has seen an increase in new cases, with roughly 127,100 new cases per day based on a seven-day rolling average, according to the Centers for Disease Control and Prevention. Meanwhile, 176.7 million Americans, roughly 53.8 percent of the population, have received COVID-19 vaccinations.

Psaki said the plan will span “the public and private sectors to help continue to get the pandemic under control,” but didn’t elaborate on the details.

“We need to continue to take more steps to make sure school districts are prepared and make sure communities across the country are prepared,” Psaki added. “So, again, the president will lay out a six-step plan on Thursday. We’ll be finalizing that over the coming days, and we’ll have more preview as we get closer.”

Meanwhile, data released in August by Kastle Systems, which manages security for commercial real estate, offices, and government in the United States, noted an increase in building occupancy rates at the end of the month.

According to its “Back to Work Business Barometer,” building occupancy rates were up to 33.1 percent across 10 cities, including New York, Los Angeles, and San Francisco, but still lagged the mid-July peak of 34.8 percent.