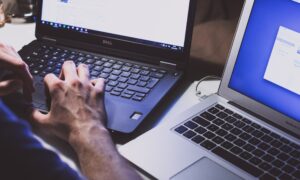 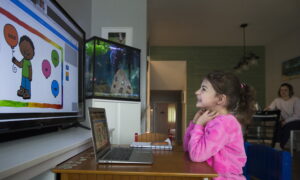 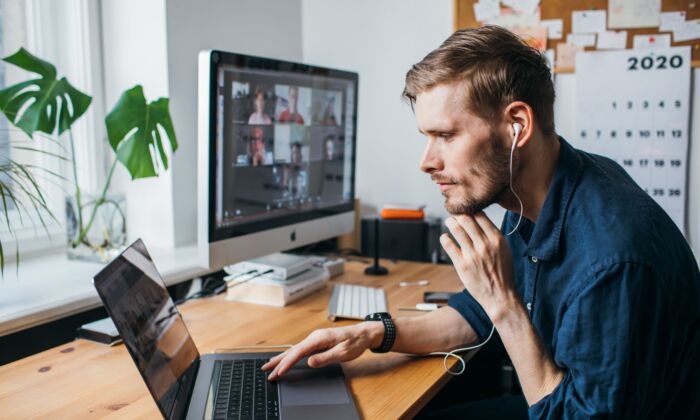 According to business experts and surveys, there’s likely to be an increase in employees working from home after the pandemic. (Girts Ragelis/Shutterstock)
Canada

As Transport Canada joins the ranks of Twitter, Google, Facebook, and Spotify by announcing that working from home will be the new normal, business experts say the pandemic will bring about permanent changes to the Canadian and global workforce.

Transport Canada’s 6,000 workers are a mere fraction of the 45,000 employees at Facebook, whose CEO Mark Zuckerberg said recently that half of his workforce could work remotely in the next five to ten years.

“Certainly being able to recruit more broadly, especially across the U.S. and Canada to start, is going to open up a lot of new talent that previously wouldn’t have considered moving to a big city,” he said.

To telework or not telework, that shall be the question, says Ian Lee, associate professor at the Sprott School of Business at Carleton University.

“Employers—governments, universities, corporations for sure, non-profit associations—are going to be reviewing every position on a micro level,” Lee told The Epoch Times.

Where that home will be will also change, Lee says. Real estate prices could plateau or drop in Toronto and Vancouver since it will be less important to live close to the office.

“We’re going to see a net reduction in the number of jobs in the big downtowns of any city,” he says. “I’m not saying we’re all going to work at home. I don’t believe that. Companies still need a core, a centre, a home base.”

“Some of the most important inventions have emerged just because employees were just fortuitously or randomly bumping into each other in the office. So I don’t think a lot of organizations want to lose that kind of random burst of creativity that comes from being co-located,” she says.

It may be a challenge to rein in a workforce that wants to work from home—at least a few days of the week.

In early June, Global Workplace Analytics (GBA) and Iometrics released a global survey of 2,865 office workers. Seventy-six percent wanted to continue working from home, at least weekly, when the pandemic is over. Only 16 percent wanted to stay away from the office forever.

“Having had a taste, even under less-than-ideal conditions, employees are saying they want more. The genie is out of the bottle and it’s not going back in,” says GBA president Kate Lister.

“Our best estimate is that we will see 25 to 30 percent of the workforce working at home on a multiple-days-a-week basis by the end of 2021.”

A recent Conference Board survey in the United States had similar findings. Seventy-seven percent expected one-quarter or more of their workforce would work primarily from home one year from now.

Not only are employees facing new considerations as the economy reopens, Paluch says human resource departments took on new importance during the pandemic and that will increase in the foreseeable future.

“The influence of the HR department within organizations is really going to increase over the next few years.”

In late May, Transport Canada’s Deputy Minister Michael Keenan told employees in a department-wide online meeting that the default policy will be to continue working from home after the pandemic.

“[W]e will be continuing the ability to do telework as a default. Now, it can’t work for every last person, and every last person doesn’t want to do it, but it will be an important default going forward,” he said.

Keenan told the National Post that Transport Canada is currently in a “planning phase” for a “small minority” of workers to return to the office.