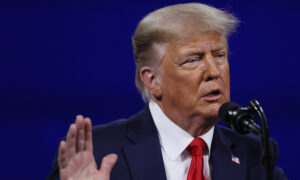 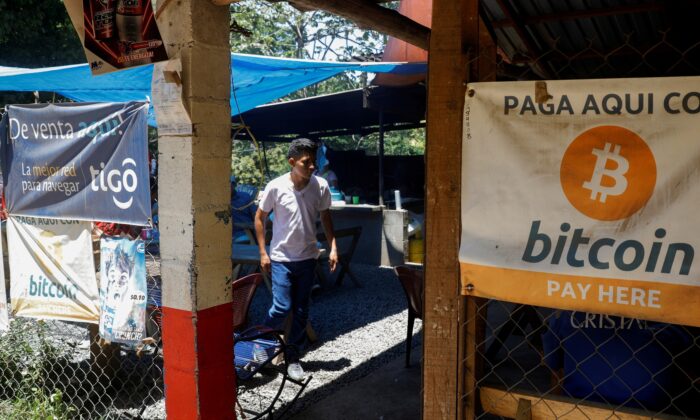 Bitcoin banners are seen outside of a small restaurant at El Zonte Beach in Chiltiupan, El Salvador, on June 8, 2021. (Jose Cabezas/Reuters)
Business & Economy

LONDON—El Salvador may be touting bitcoin’s use to help its citizens living abroad send funds back home, but the biggest remittance firms are cautious about offering cryptocurrency services.

In a move that could be a harbinger of crypto becoming a more popular way to send money across borders, El Salvador on Wednesday became the first country to adopt bitcoin as a parallel legal tender.

But despite the possible long-term risk to their business if such moves escalate, only a few of the traditional remittance companies who send the bulk of cross-border transfers are dabbling.

Any efforts to get into crypto could be a double-edged sword, pushing down the fees that form the bedrock of their business.

“For Western Union and some of the other remittance providers keep in mind that most of the volume in the remittance industry is going from developed markets to emerging markets primarily to people—families and friends—that operate in cash,” said Kenneth Suchoski, U.S payments, and fintech analyst at Autonomous Research.

“To the extent that bitcoin isn’t adopted and there’s not widespread acceptance, these remittance providers are still going to be relevant for the years to come,” he added.

Less than 1 percent of the volume of global cross-border remittances are currently in crypto, estimated Suchoski. But in the future crypto is expected to account for a larger slice of the more than $500 billion in global annual remittances.

Yet bitcoin offers, in theory, a quick and cheap way to send money across borders without relying on traditional remittance channels.

An early mover among remittance firms, MoneyGram International said last month it will allow customers to buy and sell bitcoin for cash at 12,000 U.S. retail locations under a partnership with Coinme, the U.S.’s largest licensed crypto-cash exchange.

Western Union, the largest remittance business, had tested using bitcoin and crypto in the past and hadn’t come up with a good “use case” that involved significant cost savings, said Suchoski.

Western Union and other large players, including Wise, WorldRemit, Remitly, Xoom, and Ria Money Transfer did not respond to requests for comment.

The remittance industry has successfully made the evolution from transfers via physical retail outlets to online in recent years, a trend hastened by the COVID-19 pandemic.

Cross-border remittances via mobile money rose by 65 percent in 2020 to $12 billion.

But any transition from digital to crypto may prove more challenging.

“I really have a hard time seeing how they’re gonna compete unless they really slash their price—you can’t compete for free,” Ray Youssef, CEO of crypto platform Paxful, which is popular in Africa and seeks to compete with traditional remittance firms.

Remittance firms are already under pressure to cut fees, which averaged 6.5 percent in the fourth quarter of 2020, according to a World Bank report, more than double the United Nations Sustainable Development Goal’s 2030 target for remittance fees.

In contrast, bitcoin transfer fees in Nigeria, for example, would typically total about 2 percent–2.5 percent.

Increasing regulatory costs related to efforts to combat money laundering and terrorism financing are another burden for traditional remittance firms.

Western Union’s annual compliance costs had risen closer to $200 million from around $100 million a decade or so ago, said Suchoski.

Bitcoin would likely add to that burden.

Bitcoin’s potential for anonymous transactions has long worried regulators, who fear it can facilitate money laundering and terrorism financing. Many crypto companies have boosted compliance steps, such as requesting user ID, but this is a costly process.

“Bitcoin has been used in a lot of underground transactions,” Suchoski said.