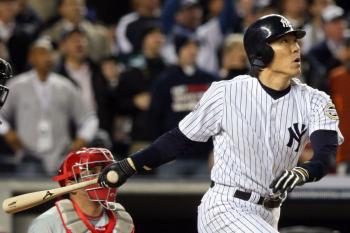 Remembering the Champions of 2009

Rahul Vaidyanath
Journalist
Rahul Vaidyanath is a journalist with The Epoch Times in Ottawa. His areas of expertise include the economy, financial markets, China, and national defence and security. He has worked for the Bank of Canada, Canada Mortgage and Housing Corp., and investment banks in Toronto, New York, and Los Angeles.
View profile
Follow
biggersmaller
Print
In 2009, it became clear to me that some champions are unique. Other aspiring champions can learn lessons from the special ways they won their prizes.

Love ‘em or hate ‘em, the 2009 New York Yankees outspent and out hit their way to their unmatched 27th World Series title in November. Their first season in the new Yankee Stadium won’t soon be forgotten.

Signing high-priced free agents CC Sabathia, Mark Teixeira, and A.J. Burnett made their combined payroll $226 million, but they did get their money’s worth. Not surprisingly, they also got tagged with the luxury tax (nearly $26 million) for their free-spending ways.

Sabathia won 19 games (tied for most in the American League) and Teixeira led the league in RBIs (122) and tied for most homers (39).

Matsui drove in six runs in the clinching 7–3 victory over the Philadelphia Phillies in Game 6.

A-Rod, who admitted to taking performance-enhancing substances earlier in the season, eliminated his playoff demons and hit .365 with six home runs and 18 RBIs in 15 postseason games. Over a 162-game regular season, that pace would translate into 65 homers and 194 RBIs.

The Yankees spent loads of money despite the economic downturn to become baseball’s best team for the debut season of their new stadium.

In an insanely exciting Super Bowl XLIII, the Pittsburgh Steelers beat the Arizona Cardinals 27–23 to win their record sixth title.

Ben Roethlisberger found MVP Santonio Holmes for an unbelievable 6-yard touchdown pass in the corner of the end zone with 35 seconds remaining for the win.

“Drop back, scramble right, scramble left, find someone open,” was how Roethlisberger described the game-winning touchdown to Holmes.

Arizona almost completed their Cinderella run with the perfect ending. Larry Fitzgerald had just given the Cardinals a 23–20 lead with a 64-yard TD reception, but Roethlisberger had enough time to run his two-minute offense.

In a game that featured wild swings of momentum and big plays, we can’t forget James Harrison’s 100-yard interception return at the end of the first half. The longest play in Super Bowl history snuffed out an impressive drive by the Cardinals that stopped at the Pittsburgh 2-yard line.

The Super Bowl certainly lived up to its billing in 2009.

In a rematch of the 2008 Cup final, the Penguins and Detroit Red Wings met for hockey supremacy. While Detroit’s Nick Lidstrom became the first European captain to win a Stanley Cup that year, Crosby would become the youngest captain to win a Cup in 2009.

Marian Hossa had decided not to sign with the Penguins after losing to Detroit in 2008. He ultimately signed with Detroit for less money than Pittsburgh offered because he felt he had a better chance of winning the Cup with the Red Wings.