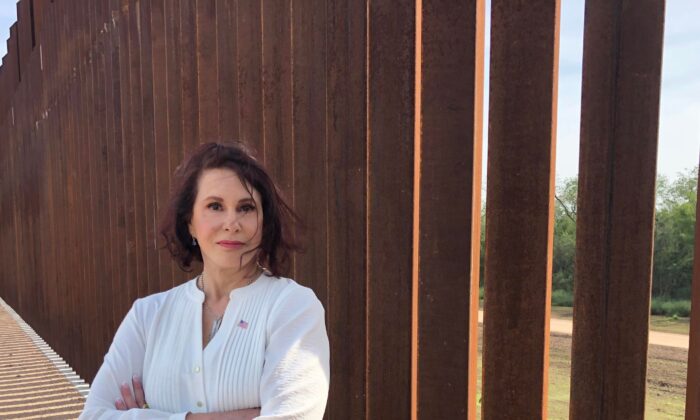 Rematch in Pennsylvania Could Lead to GOP Gaining US House Seat

The circumstances are different this year compared to 2020, when Wild defeated Scheller, 51.9 percent to 48.1 percent.

Currently, the inflation rate of 9.1 percent is the highest it’s been in 40 years.

President Joe Biden’s approval rating plummeted to 36 percent, the lowest level in his first term, according to the CNBC All-America Economic Survey released on July 18.

Multiple surveys show that Americans are most concerned about inflation, gas prices, and the overall economy. The discontent could lead to the Republicans regaining control of the U.S. House.

A net gain of five seats in the 435-seat chamber this November would allow the Republican Party to recapture the majority it lost in 2018.

Wild was named to the Democratic Congressional Campaign Committee “Frontline” program, which provides extra resources and support to vulnerable candidates.

The National Republican Congressional Committee added Scheller as a member of the “Young Guns” program, which is led by House Republican Leader Kevin McCarthy and provides candidates with “the tools they need” to win.

Many political strategists agree that the escalating inflation rate and Biden’s declining approval numbers are among the reasons why the race between Wild and Scheller is expected to be tight.

Redistricting is another factor.

The 7th Congressional District spans Lehigh, Northampton, and Carbon counties along with a small part of Monroe County.

Carbon County, which President Donald Trump won with 65 percent of the vote in 2020, was added to the congressional district, while most of Monroe County, where Trump received just 44 percent support in 2020, was removed.

Lehigh County is expected to produce the majority of the district’s votes. Allentown, which is Pennsylvania’s third-largest city, behind Philadelphia and Pittsburgh, is the county seat.

Demographics include working-class residents, white-collar Philadelphia transplants, and a booming Latino population that has increased by 50 percent since 2010.

“We are investing in reaching the Latino community in areas like the Lehigh Valley and Hazleton where we can really make a difference,” Chris Mundiath, the organization’s chairman, told the Delaware Valley Journal. “Democrats will no longer have a stranglehold over our demographic in our commonwealth. We are ready to lead the movement.”

Wild was an attorney and the city solicitor in Allentown before she was elected to fill the remainder of Rep. Charlie Dent’s (R-Pa.) term in Pennsylvania’s 15th Congressional District in a special general election in May 2018.

That same month, she won the Democratic primary for the 7th Congressional District and then decisively defeated Republican Marty Nothstein in the general election in November 2018.

Trump endorsed Scheller in 2020 but hasn’t done so this year. She has secured backing from Trump’s former Secretary of State Mike Pompeo and McCarthy.

In 1945, Scheller’s grandparents founded Silberline Manufacturing Co., which makes aluminum-based pigments for paints and coatings. When her brother died in 1998, Scheller took over running the Tamaqua, Pennsylvania-based company, which is located in the Lehigh Valley. She currently serves as its chairman and president.

“The Lehigh Valley is fortunate to have a champion for them in Susan Wild,” Maloney said. “In Congress, Wild has fought to cap prescription drug costs, provide support for veterans struggling with opioid addiction, and to fix supply chain issues. Her opponent Lisa Scheller is the opposite.

“Scheller will always put herself and her interests first, using her positions in government and at her business to enrich herself at the expense of Lehigh Valley—even aligning with the Communist Chinese government to do so.”

Scheller said that “my business is 100 percent American-owned” and that “no one will be tougher on China than I will be.”

A former Lehigh County Commissioner, Scheller is outspoken in opposition to critical race theory and allowing transgenders to compete in girls’ sports.

She supports election integrity and wouldn’t vote to codify Roe v. Wade into law, although she does believe in exemptions for abortions in cases of rape or incest.

She has said that, if elected, she’ll donate her entire salary to veterans’ organizations in the Lehigh Valley, and she won’t run for Congress more than four times because she supports term limits.

Wild touts her rating by independent organization The Lugar Center as one of the most bipartisan members in Congress, but congressional voting records indicate that she has agreed with House Speaker Nancy Pelosi (D-Calif.) 100 percent of the time on votes in the 117th Congress (2021–22). Wild has also voted with Biden 100 percent of the time.

Scheller said she’s focused on appealing to independents and Democrats frustrated with inflation and the economy in her effort to unseat Wild.

“The problems we face today aren’t ‘Democratic’ or ‘Republican’ problems. They’re challenges facing people of every background and belief,” Scheller said at a campaign stop. “They cut across partisan lines, and we can only solve them by cutting across those same lines.”

The opioid epidemic is an issue that’s personal for Scheller, who has been in recovery from heroin addiction for 40 years.

For years, she didn’t tell her story. That changed in 2018, when she decided to publicly share her battle and “raise awareness that addiction can happen to anyone and that recovery is possible to anyone who embraces it.”

Scheller had her first drink of alcohol when she was 11 years old and became addicted to heroin in her late teens, she said. Before entering treatment when she was 22, Scheller dropped out of college numerous times and spent nights in jail.

“What I discovered was that rock bottom is a solid foundation to build on,” Scheller said in a 2018 speech.

An estimated 93,655 Americans died from drug overdoses in 2020, according to the Centers for Disease Control and Prevention (CDC). That’s an increase of 30 percent from 2019 and 75 percent over five years.

She believes that fentanyl arriving in the country through the U.S.–Mexico border is partly to blame.

Democrats who don’t enact harsh drug trafficking penalties are also partly responsible for the increase in overdose deaths, according to Scheller.

During a campaign event earlier this year, she told supporters: “With the way things are going right now with the opioid epidemic, who better to fight the battle than someone who understands it personally?”