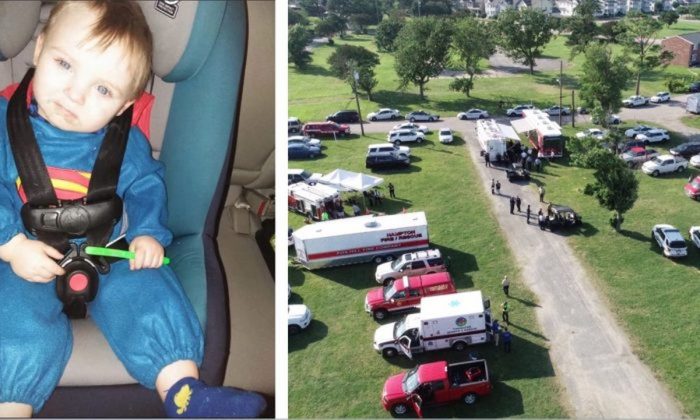 Remains Found at Trash Incinerator Are Those of Missing Virginia Boy, DNA Shows

The remains discovered at a trash incinerator in Hampton, Virginia, were confirmed to have belonged to a 2-year-old missing boy.

Noah Tomlin was reported missing more than 10 hours after he was last seen at his home near Buckroe Beach on June 24, CBS17 reported.

Hampton Police made the announcement on July 13 after an update from the Virginia Department of Forensic Science and the Medical Examiner’s Office, reported WTVR. His remains were found at a steam plant on July 3.

Hampton Police Chief Terry Sult noted that on June 28 that investigators thought Noah was dead after a “highly coordinated investigation.”

Noah’s mother, Julia Tomlin, was charged in the child’s disappearance. Her records revealed that in 2010, she spent five years in prison after pleading guilty on felony child neglect charges.

Authorities have confirmed the remains discovered at the Hampton NASA steam plant earlier this month are those of missing 2-year-old Noah Tomlin.​ https://t.co/dWD1DOlseH

“You’re dealing with conditions that are high humidity, high temperature. In this case, at the steam plant, they’re in a confined space,” Sult said. He added that firefighters had to monitor carbon dioxide levels as the officers searched so they wouldn’t get sick.

“When you get into that and you smell the odors and you’re in the midst of everything, then you realize what you’re there for, and you’re going through literally millions of pounds of garbage,” Sult said. “It takes tolls.”

Searchers in Virginia have found human remains they think belong to a 2-year-old boy who was reported missing more than a week ago, police said. https://t.co/Ginl229Xmm

According to CNN, the steam plant where the body was found is where city waste goes to burn. The combustion creates steam that is sent to the NASA Langley Research Center, which uses the steam for power.

Police had suspected that the body of the boy was taken to the plant or a landfill, CNN reported.

Prosecutors are now determining whether more charges will be filed in the case against Tomlin.

The police chief didn’t elaborate on why officers searched a landfill or the steam plant.