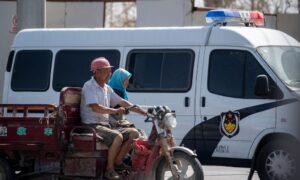 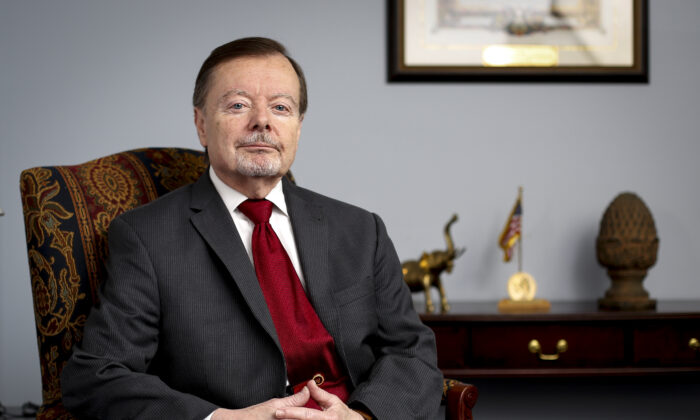 Religious freedom in China is further eroding under the regime in Beijing as it seeks to export such suppression internationally, according to the latest U.S. Commission on International Religious Freedom (USCIRF) report, released on April 28.

Religious groups of all kinds are under attack in China, including Christians, Tibetan Buddhists, Muslims, and adherents of the ancient spiritual discipline Falun Gong.

Beijing has built detention camps to incarcerate an estimated 1 million Uyghur and other ethnic minority Muslims in the far western Xinjiang region. Elsewhere, the demolition of underground churches and other houses of worship continues.

In 2019, thousands of Falun Gong practitioners were arrested for refusing to give up their beliefs or for distributing literature related to the practice, the report notes.

The list of religious violations and the regime’s growing hostility toward faith have made China the world’s “worst abuser of religious liberty,” USCIRF Commissioner Gary L. Bauer told The Epoch Times in an interview.

While the Chinese regime has been consistently designated by the U.S. State Department as a “country of particular concern” for its poor record on religious freedom since 1999, Bauer said he wishes “there was an even worse designation we could make for communist China.”

“China has declared war on all religious faith,” he said.

“In every case, the message the Chinese communists are sending is that no Chinese citizen can have loyalty to anything higher than the Communist Party,” he said. “There’s no room for seeking God under Chinese communism. It’s a disgrace, an international threat.”

There are also alarming signals that the Chinese regime is spreading its human rights abuses around the world, according to the report.

The commission called out Chinese diplomats’ continued efforts to subvert international rights organizations such as the United Nations, noting that in February, Beijing vetoed a Security Council resolution that sought to protect Rohingya refugees in Burma (also known as Myanmar).

Facial recognition technology, which the Chinese Communist Party (CCP) has used to build a mass surveillance state, has also proliferated in more than 100 countries and, in some cases, served as a tool for targeting political dissidents, the report noted.

In August 2019, police in Uzbekistan forced about 100 bearded Muslims to shave, saying the facial hair undermined the effectiveness of facial recognition cameras—which are made in China, according to the report.

Ironically, in March 2019, the Organization of Islamic Cooperation, a group of 57 Muslim-majority countries, issued a resolution commending Beijing for “providing care” to Muslim populations in China and expressing a desire to boost ties.

“It’s evidence of the kind of pressure that communists are willing to exert against other countries,” Bauer said.

Meanwhile, African countries that owe debts to China are also more likely to feel pressured to follow the CCP’s directives, such as when voting in the U.N. General Assembly, Bauer said.

U.S. Secretary of State Mike Pompeo, during a ministerial on religious freedom in July 2019, said the Chinese regime had tried to discourage other countries from joining the gathering.

The commission, in the report, recommends that the U.S. government impose targeted sanctions against severe Chinese religious freedom perpetrators by freezing their assets or barring them entry into the United States; oppose the 2022 Winter Olympics from being hosted in Beijing due to the regime’s religious freedom violations; and ramp up efforts to counteract Chinese influence operations in the United States that seek to stifle criticism of Beijing.

The commission will continue to call out the CCP’s human rights abuses, Bauer said.

“We cannot allow Communist China to become a model for other countries that teaches these countries you can deny human beings this fundamental right.”