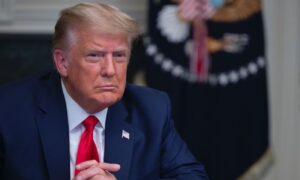 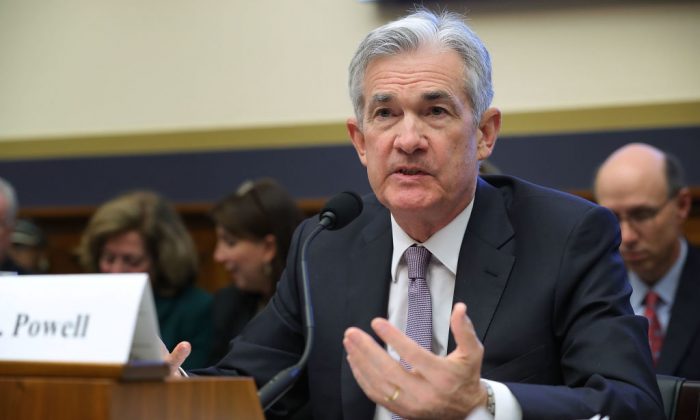 By grouping banks based on their trading activities, the proposed changes to the Volcker Rule drop a one-size-fits-all approach
By Emel Akan
Print

In proposed changes to the Volcker Rule, U.S. regulators would give banks more flexibility in their trading activities and reduce their compliance burden. The changes would boost the market-making activity of banks and improve liquidity, according to experts.

The Volcker Rule is a provision in the Dodd-Frank Act, banking regulations signed into law in 2010 by President Barack Obama. The rule, which was adopted in 2013, prohibits banks from engaging in risky market bets with their own accounts, an activity known as proprietary trading. It also restricts banks’ ability to own or control the so-called “covered funds,” such as hedge funds or private equity funds.

The proposed changes unveiled by the Federal Reserve on May 30 aim to ease these restrictions and reduce the administrative burden on banks and regulators.

“This proposal will address some of the uncertainty and complexity that now make it difficult for firms to know how best to comply and for supervisors to know that they are in compliance.”

The Volcker Rule, which is nearly 950 pages, is a substantial burden for the banking industry, according to critics, and has failed to reduce banks’ risky transactions.

To avoid sanctions from regulators, banks subject to the Volcker Rule have sharply reduced their market making, according to the Competitive Enterprise Institute (CEI), a libertarian think tank. Market making refers to a trading strategy in which an individual or institution buys and sells large amounts of a particular asset in order to facilitate liquidity.

The rule threatened market liquidity by making it harder for banks to trade securities and as a result hurt small businesses and consumers, who are dependent on liquid debt and equity markets.

“The Volcker Rule made the financial system less liquid and less safe,” said John Berlau, a senior fellow at the CEI. “It hurt entrepreneurs and hurt Main Street a lot more than it hurt Wall Street.”

The proposal would tailor the application of the Volcker Rule based on the level of trading activities of a bank. It would establish three categories of banking entities based on their trading assets and liabilities.

According to the proposed changes, the most comprehensive compliance rules will apply to the firms in the first category that do the most trading. Eighteen U.S. banks with at least $10 billion in trading assets fall under this category and hold nearly 95 percent of the trading assets and liabilities in the U.S. banking system, Fed officials said.

Firms in the second category, which have more modest amounts of trading, will face far fewer requirements. And most banks in the third category with trading assets and liabilities of less than $1 billion will not have the obligation to comply with the rule.

Congress recently passed a bill that exempts small banks with assets under $10 billion from the Volcker Rule. However, there are still a significant number of banking entities in the third category that will remain subject to the Volcker Rule, according to Fed officials. And hence the changes proposed would further reduce compliance costs for small and midsize banks that have limited trading activity.

Although the level of supervision and compliance standards will be reduced the most for the third category, banks of all sizes will experience some level of simplification under the proposed changes.

The “60-day presumption,” which assumes any trade held for less than 60 days does not comply unless the bank proves otherwise, will be replaced with accounting-based standards. The number of metrics that firms would have to report to the regulator will be reduced as well.

The critical issue with the Volcker Rule, according to a CEI report, is that it creates complexity in discerning what is legitimate market-making and hedging, and what is prohibited proprietary trading.

“As a result, the rule requires arbitrary decisions by regulators, who essentially have to guess the intent of the trader,” the report states.

Regulators are also looking to ease the rules on foreign banks’ operations outside of the United States.

Under the rule, banks are generally barred from investing in hedge funds and private equity funds. The proposal seeks advice from banks on exemptions and alternatives to the existing rule.

New regulations, following the 2008 financial crisis, were designed to prevent a repeat of a similar financial meltdown. But they failed to serve their stated purpose, according to experts. The Dodd-Frank Act, which aimed to end the “too big to fail” mentality of the major banks, has instead hurt small banks, small businesses, and consumers.

Trump has called for rolling back or eliminating parts of the act, which he has called “horrendous.”

“The Trump administration has been more open to hearing the concerns of banks and more constructive in working with the banks,” said a former banker and a senior executive at a private equity firm, who wished to remain anonymous. He added that this was not the case under the Obama administration.

The Fed’s changes to the Volcker Rule send “a strong message that bank reform is well underway,” states a Morgan Stanley report.

The proposed changes to the Volcker Rule will be open to public comment for 60 days. The regulators will take the comments into account in formulating a final rule.