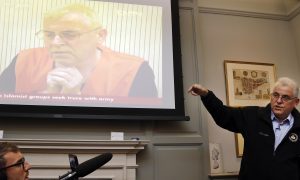 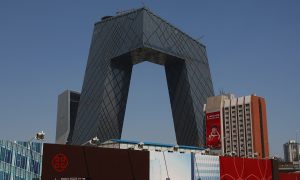 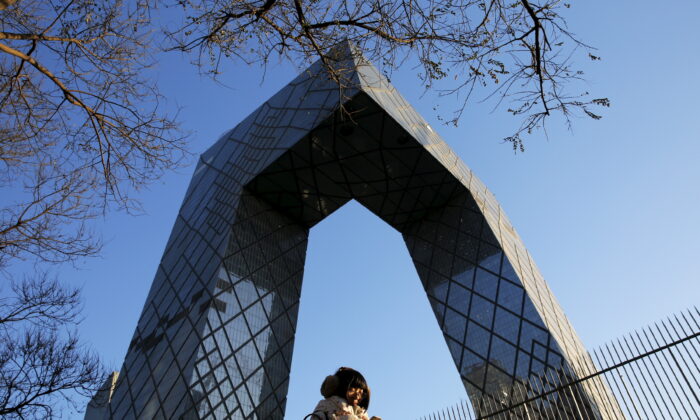 In this file photo, a morning commuter walks in front of the China Central Television (CCTV) building in Beijing on Dec. 2, 2015. (Damir Sagolj/Reuters)
China Human Rights

Chinese state broadcaster CGTN, which aired a forced confession extracted from a British citizen in 2013, is guilty of “serious” violations of British broadcasting regulations and may face sanctions, Ofcom, the United Kingdom’s broadcast regulator, ruled on Monday.

The regulator has put China Global Television Network (CGTN) on notice that it intends to consider imposing a “statutory sanction” on the broadcaster.

This is the second Ofcom ruling against CGTN in two months. On May 26, the regulator found the network in “serious failure of compliance” with UK impartiality laws during its coverage of pro-democracy protests in Hong Kong last year.

Ofcom launched the investigation in 2019 after Peter Humphrey, a British corporate investigator, filed a complaint against CGTN, saying its British license should be revoked because it aired his forced confession while he was imprisoned in China.

“The programmes included footage of Mr Humphrey which had the potential materially and adversely to affect viewers’ perception of him,” the ruling stated.

Humphrey ran a corporate due diligence firm in China that the Chinese state alleged had bought and sold personal data, charges that Humphrey said are false.

In his submission to Ofcom, Humphrey said he was drugged, secured to a metal chair, and then placed inside a small cage.

“CCTV journalists then aimed their cameras at me and recorded me reading out the answers already prepared for me by the police. No questions were asked,” he said.

Ofcom has an ongoing investigation into an alleged forced confession aired by CGTN from Simon Cheng, a former British Consulate employee in Hong Kong, who was detained for 15 days in August 2019 by mainland Chinese police.

Cheng said secret police tortured him to obtain information about the pro-democracy protests in Hong Kong.

Shortly after he broke his silence to international media, CGTN broadcast a report with Cheng purportedly confessing to soliciting prostitutes.

After a lengthy interrogation, Cheng said he agreed to confess to the minor offense of soliciting prostitution to avoid harsher treatment and a heavy sentence on national security charges.

John Smithies and The Associated Press contributed to this report.