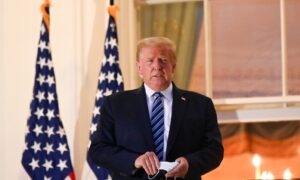 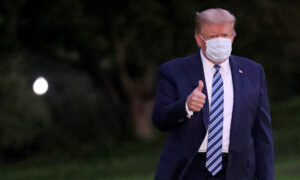 Trump Says He Might Hold Rally in Florida on Saturday
0 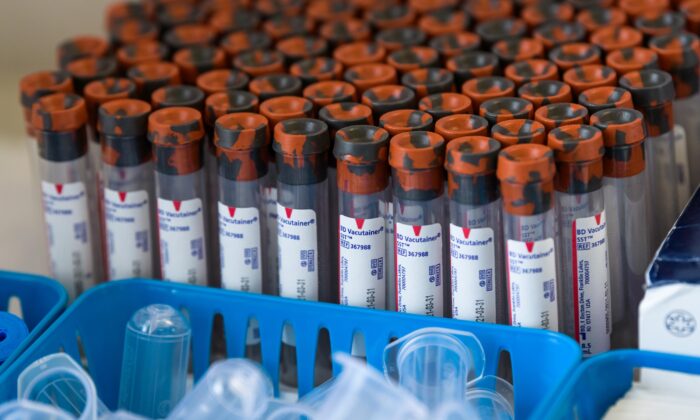 Schleifer was asked on “Face the Nation” whether the company’s antibody “cocktail,” formally known as REGN-COV2, creates immunity to COVID-19, the illness caused by the CCP (Chinese Communist Party) virus.

“Yes, it does,” he said. “When the virus comes in your system, your immune system is trying to create immunity. It’s trying to create these things called antibodies, which are going to glom onto this virus, and provide you immunity from getting sick with the disease.”

Schleifer added that with a COVID-19 vaccine, “it’s hoped that it might last for years,” while “if you get it in our vial, if you will, that’s probably going to last you for months.”

President Donald Trump hailed the treatment as instrumental in his recovery from the virus, saying that he would make the monoclonal antibody treatment available to Americans for “free,” and vowed that the Food and Drug Administration (FDA) would quickly authorize the experimental drug.

Regeneron on Oct. 7 filed for FDA emergency use authorization for the treatment, saying that if approved, “the government has committed to making these doses available to the American people at no cost and would be responsible for their distribution.”

At the time of filing, the company said 50,000 doses were available, but that within the next few months, it expects to have enough doses for 300,000 patients.

Schleifer told CBS that, under a $450 million contract, the government “bought from us several hundred thousand, maybe around 300,000 doses, which they are going to make it for free.”

Asked about how it would be determined who gets the doses, he said federal authorities would coordinate with local health authorities to formulate a distribution plan.

“I think this is going to be worked out by the government, by—in consultation with the FDA, in consultation with ethical experts. Coming up with a distribution system where we take what’s limited, and we try and give it to the people who most need it, who would most benefit from it. The vulnerable people, elderly people, people who are at high risk, household contacts perhaps. We have to figure out ways to ration this,” Schleifer said.

He also said that the drug isn’t manufactured using fetal cells, a claim that has recently surfaced in media reports.

“We shouldn’t exaggerate the situation,” he told CBS. “It’s a standard cell line that was derived over 50 years ago. And so it’s used as a research tool. Where that research should be done, that’s a good debate to have. But it’s probably the debate we need to have right now.”

In its emergency-use application to the FDA, the company stated, “To develop REGN-COV2, Regeneron scientists evaluated thousands of fully-human antibodies produced by the company’s VelocImmune® mice, which have been genetically modified to have a human immune system, as well as antibodies identified from humans who have recovered from COVID-19.”

An analyst at Guggenheim, Yatin Suneja, told the Financial Times that “these guys have the cutting edge technology to develop antibodies. Nobody else has been able to do what they have done.”

Shares of Regeneron have surged by more than 60 percent since January.