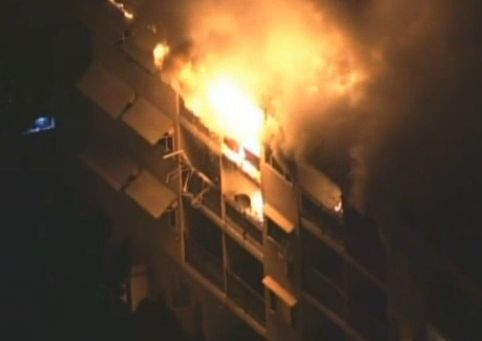 Firefighters told NBC Bay Area news that several people may be injured, but details are not yet available.

The roof collapsed and flames engulfed the entire top floor as of 6:15 a.m., reports ABC 7. The cause has not yet been determined.