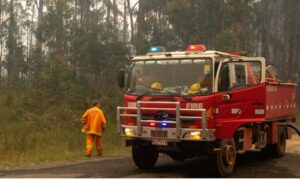 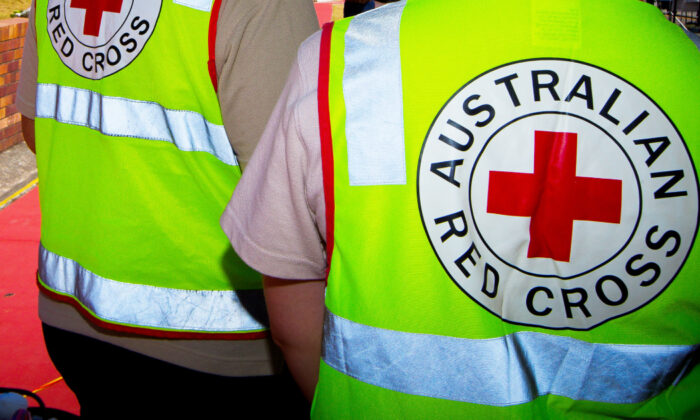 Members of the Australian Red Cross counselling team are seen at the Dreamworld theme park on the Gold Coast on Oct. 26, 2016. (Patrick Hamilton/AFP via Getty Images)
Australia

The Australian Red Cross is facing criticism after revealing that nearly 10 million Australian dollars ($6.87 million) of the AU$115 million in funds donated to support bushfire relief will go toward administrative costs.

In a news release on Jan. 22, the charity detailed how it was utilizing the funds that had been raised, and revealed that just a third of the funds raised will be allocated to emergency relief grants for people in immediate need.

It also said that up to 10 percent of every dollar raised will go toward “administration support costs” to cover tasks such as managing grants and notifying donors how their money would be spent.

“Up to 10 cents in each dollar will be spent on administration support costs, including tracking donations, managing grants, collecting and analysing information, reporting to donors and meeting legal, privacy and protection obligations. Interest earned will stay in the fund,” it stated.

“This ensures we can pay grants promptly, collect and analyse information from communities, meet legal, privacy and protection obligations to meet immediate needs as well as scaling up to support our recovery work.

“We’re doing everything we can to keep these costs to an absolute minimum, including seeking pro bono support,” the organization added.

The organization also stated it had already paid out 690 emergency grants worth AU$6.9 million of the AU$30 million allocated. Another AU$1 million is available to families who had lost a relative, and AU$5 million has been allocated to providing disaster services.

The statement indicated that another AU$18 million has been allocated to be used over three years to support community recovery, and AU$61 million allocated to “further immediate and long term support” with no deadline, as well as the formation of an “expert advisory panel” that has been appointed to help the charity allocate the remaining money.

The decision not to release all the funds right away to those who need it has sparked anger across the country by those who accuse the charity of stockpiling donations for future emergencies.

New South Wales MP Andrew Constance told Australia’s national broadcaster the ABC that there was a clear “disconnect between the people running these organizations and what’s happening in our community,” and urged charity bosses to visit the communities that have been destroyed.

He said that the volunteers on the ground have been “exceptional,” but that “people are on their knees and we can’t have a drip feed” as he urged charity managers to make the right decision.

“Meet me in Batemans Bay at 8 a.m. on Saturday and I’ll drive you the 300 kilometers of devastation on the far South Coast,” he said in an emotional plea.

“The money is needed now, not sitting in a Red Cross bank account earning interest so they can map out their next three years and do their marketing.

“How dare they say publicly they’re only going to spend a third of the donations on people when people are traumatized and in crisis,” he said.

Following the criticism, Red Cross Director Noel Clement defended the charity’s actions when questioned on 2GB Radio, denying that it was withholding funds. He added that the Red Cross will continue to release funds as they are needed.

“I can assure you we’re not withholding money for future disasters,” Clement said.

“We know that there is immediate support needed and we’re doing all we can to get money out there now … But we also know there are phases to this recovery and communities will need money as they’re ready to rebuild, they’ll need money at various points.”