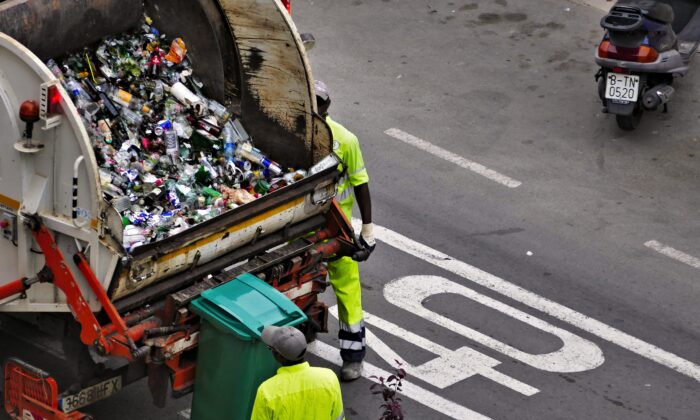 Victoria has injected $20 million to fast-track regional recycling infrastructure as they work towards implementing a new four-bin system that separates household waste into rubbish, recycling, glass, and green waste.

“We are revolutionising recycling across Victoria. By separating household waste into four categories, we’re making the most of the material and making sure we reduce the amount of rubbish going to landfill,” Minister for Energy, Environment and Climate Change Lily D’Ambrosio said in a release on Feb. 16.

“Our recycling reforms mean that every household can do their bit reducing waste and making sure that recycling is a part of daily life,” she said.

According to Infrastructure Victoria, a significant amount of Victoria’s waste exports and nearly all plastic exports went to China before it closed its doors in early 2018, under what it called the “National Sword” policy.

While corporate collapses, stockpiling havoc, and fires have crippled the recycling sector, China’s closure of its borders to Australia’s low-grade recyclables in 2018 delivered a near-death blow to the industry.

“When China and then others closed their borders, that changed everything,” Peter Tamblyn, chief executive of the Australian Council of Recycling told The Age.

Rejected by the domestic market as unusable or too expensive to process, Australia’s low-value products were actually a high-value commodity on the global export market, particularly in China.

But over time they materials often turned out to be low-quality rubbish and were sent back to Australia, ending up in landfills or illicitly burnt or dumped.

“Australia was really a collector–we didn’t really process much at all,” chief executive of the Australian Council of Recycling Peter Tamblyn said.

The crash exposed the underlying weakness of the domestic recycling market, particularly in Victoria. In 2019, nearly half of Victorian councils were forced to ship their recycled material directly to the tip.

The Victorian government is addressing the aftermath of the crash with further boosts to the industry, saying that the latest $20 million investment will keep jobs in the local rural community, while reducing the amount of waste that travels to metro Melbourne for sorting.

However, experts warn this kind of leap could take years.

“It was a combination of fires, lack of markets for recycled product, contamination in the recycling kerbside bin and distinct lack of action to get good recyclables out into a clean stream,” Angel said.