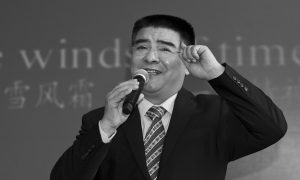 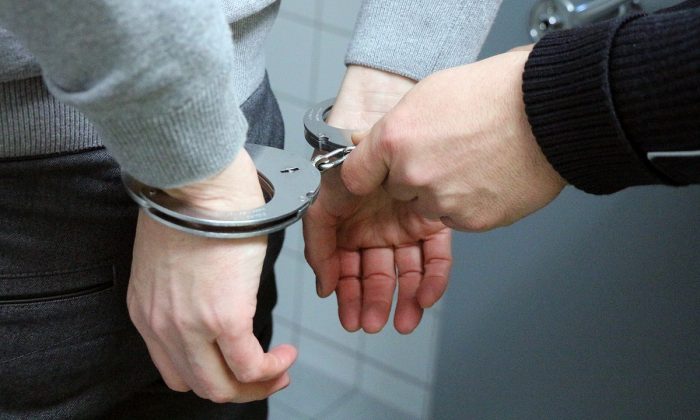 Representational photo of handcuffs being applied to a suspect. (Pixabay)
China Society

Yang is the founder of the conglomerate Fuzhong Group and also controls the majority of shares in Fuxin Company, according to Chinese media reports.

The local police in Jiangsu announced that Fuxin Company used high interest rates as bait to absorb funds from the public and was suspected of illegally absorbing public deposits, the reports said. On Nov. 17, the police detained Yang and Xia Weiguo, an executive at Fuxin Company.

According to a report published by Rongzhong Finance on Nov. 18, the relevant governmental departments have also taken over Fuzhong Group’s headquarters. At present, all executives are required not to leave the company.

It is noteworthy that the timing of Yang’s downfall coincides with the recent arrest of entrepreneur Sun Dawu, and Xi’s tour of Nanjing and other places in Jiangsu Province from Nov. 12 to 14.

Sun is founder of the Hebei Dawu Agricultural and Animal Husbandry Group, a major agricultural producer. He was detained on Nov. 11 by local authorities for allegedly “picking quarrels and provoking trouble” over a land dispute with a state-run farm, South China Morning Post reported.

On the afternoon of Nov. 12, Xi visited the Nantong Museum in Jiangsu and praised Chang Chien (1853-1926), an industrialist and social reformer, who advocated “saving the nation by business” during the late Qing Dynasty and the early Republic of China. Xi encouraged private entrepreneurs to take Chang as an example to “shoulder social responsibilities and help others to get rich,” according to a report by state-run media Xinhua.

However, within a week, two of the most influential and wealthiest businessmen in mainland China were taken down, which is alarming to other entrepreneurs.

Yang’s Ties With the CCP

Yang Zongyi, the wealthiest businessman in Nanjing city, has close ties with the Chinese Communist Party (CCP). He is referred to as a “red-top businessman” in mainland China. He is not only the founder, chairman and president of Fuzhong Group, but also a member of the Jiangsu Provincial Committee of the CCP, vice chairman of Jiangsu Federation of Industry and Commerce, and vice chairman of the Nanjing Chamber of Commerce, according to public records.

Yang graduated from the Department of Chemistry at Nanjing University. After graduation, he held government posts as the head of the CCP’s Youth League at two Nanjing municipal bureaus–the publicity and education division and the environmental protection division. He later resigned to start his own business.

Yang founded the Fuzhong Group in 1995, which first produced computers and gradually expanded its business into different fields such as medical technology, IT, and real estate. Since 2003, Fuzhong Group has been named one of the “Top 500 Chinese Private Enterprises” for 15 consecutive years. In December 2019, Fuzhong Group ranked fifth on the top 100 Nanjing enterprises list.

The development and growth of the Fuzhong Group in the past 25 years is inseparable from Yang’s connections with the Jiangsu government, political factions, and business circles.

China watchers believe that Yang’s fall from grace is part of Xi’s anti-corruption campaign and purging of the political scene in Jiangsu.

Jiangsu is the hometown of both former CCP leader Jiang Zemin and former director of the CCP’s Political and Legislative Affairs Commission Zhou Yongkang. After Xi came to power, Zhou was sentenced to life in prison on corruption charges in 2015. Jiang’s “big steward” in Yangzhou city, Ji Jianye, who was also the former mayor of Nanjing, was sacked in the same year.

Some observers believe that the CCP is short on money, and consequently they need to fill their coffers by “robbing the rich,” which explains the arrests of entrepreneurs in recent years.

Cai Xia, a former professor at the Party School of the CCP’s Central Committee, wrote on Twitter this month: “There is now a new way to ‘take the land from local tyrants and have a share’: they directly rob [the private entrepreneurs] to fill the CCP’s treasury in the name of ‘helping others to get rich.’”

Zhang Jianping, a rights activist in Changzhou city, Jiangsu, said in an interview with Radio Free Asia (RFA) on Nov. 18 that the Party has become more leftist, and the high-profile arrests of wealthy businessmen raise concerns about the possibility of political reforms in the future.

Business owners in Yangzhou city and Shanxi Province revealed to RFA that local police have been targeting private entrepreneurs in order to confiscate their wealth. Many businessmen are afraid.

Yangzhou businessman Zhu Jinzhong told RFA that after Yang’s arrest, he believes that more businessmen and private enterprises will be targeted.

“The economy is so weak now, it seems like going back to the past [the time of a socialist planned economy]. I think more arrests will occur. Because private entrepreneurs now believe in democracy and don’t listen to them [the government], this group of people has already posed threats to the CCP regime.”