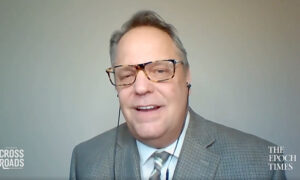 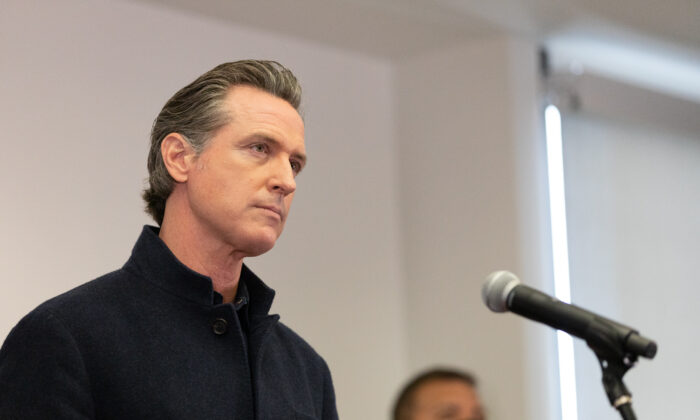 Recall Newsom? Count Me In!

In recent months, I’ve been asked repeatedly what I thought about the Newsom recall effort by people who were aware of my working history with California Gov. Gavin Newsom in the past. I have been reluctant to opine, because any discussion about him would necessitate volumes about his failed public policies.

On the other hand, I feel that a statement from someone who has actually had working experience with Newsom on a personal level might be worthwhile to those who are interested.

To those of you who know me, you know I don’t sugarcoat things but strive to tell it like it is. My opinion isn’t coming from the left or the right, Democrat or Republican, progressive or conservative. My opinion is based on my 33 years working in a variety of executive and administrative positions with local government as well as holding public office in San Francisco, and from my experience trying to work with Newsom during his years as a supervisor and mayor in San Francisco.

My conclusion is that he deserves to be recalled and he should be recalled.

The public is finally beginning to catch on to just what kind of person Gavin Newsom really is. If he never went into politics, or more specifically, never aspired to hold a position of leadership encompassing responsible governance, I think he could be quite acceptable as an occasional acquaintance. His downfall has been placing himself repeatedly in positions that require serious compassion, skill, self-sacrifice, and the ability to understand how his actions may affect others.

Concern about his actions and the effect they might have on other human beings just isn’t within this guy’s ability to comprehend. That, my friends, is the bottom line when it comes to Gavin Newsom.

Newsom has an incredible talent for playing the public game of “politics.” He has an unusual knack for raising and generating the mother’s milk of politics—money; a sharpshooter’s eye for spotting and promoting issues, real or not, that captivate the public’s imagination with catchy slogans; as well as a running back’s ability to reverse or change course without even blinking an eye.

What makes him so successful as a politician is his ability to create the perception that he might actually know what he is doing, when in reality, he hasn’t got the slightest clue regarding valid public administration or genuine leadership responsibility. It’s ironic, but the fact that he has absolutely no integrity or moral compass to encumber him when dealing with others has only helped him in his quest for recognition and power thus far.

In short, this guy is the perfect politician. It’s all about Gavin, and he will do anything, anything to achieve his goals.

Note that I said “politician,” not leader, not statesman, not administrator. No, he is none of these other things. In my years of having worked with him before, during and after our stint together on the Board of Supervisors in San Francisco, he never once demonstrated that he had even the slightest knowledge or understanding of the basic tenets of good government, good public administration, good working relationships, or ability to compromise to achieve the best result for the public at large. The entire concept of working for the benefit of the general public is as foreign to Newsom as it could possibly be.

Just how a person can become so good at promoting only himself is truly amazing and a study in itself. Perhaps he was never really exposed to the realities of life as a youngster, didn’t benefit from a loving environment where give and take are essential, or was not tested in any real-life situations. I don’t know. What I do know is that the public is now beginning to see this guy for what he is: a shallow, narcissistic elitist who is truly incompetent and unable to handle the responsibilities of being the governor of California.

I could cite many, many examples of Newsom’s policies—going all the way back to his years on the Board of Supervisors—that have left the public holding the bag, up to and including his policies today.

His 2004 Care Not Cash Homeless Program in San Francisco was a widely publicized con job that now costs the citizens of San Francisco over $2 billion a year to treat the same number of homeless people that it cost $2 million a year to treat in 2004, and with no improved benefit to the homeless. His political friends in the nonprofit homeless care industry have made a ton of money on that program, and now he is doing it on the state level.

His exploitation of the gay marriage issue, the senior housing issue, the marijuana issue, the fast-track transportation issue, the immigrant border issue, and so on, and so on, are just a few examples of policies that were only designed to give Newsom the prerequisite photo ops and exposure.

Most important for him were the many pay-to-play policies that he always promoted. They always resulted in the necessary reciprocal campaign donor money from donors who were profiting from those policies, money that allowed him to go on to his next perch.

His handling of the COVID crisis in our state has been nothing short of disastrous in every direction he has prescribed, yet predictable. Schools were shut down for a year, and true to form, Newsom has just recently put forth an $8 billion plan to pay off schools that open for only K–2 instruction by April 1, with the lion’s share of the money going to the same teachers’ unions that have demanded the draconian shutdowns. Just another example of Newsom taking care of his political pals at the California Teachers Association in his quid pro quo political lifestyle.

Businesses have been shuttered, and many will never reopen. Restaurants have been held hostage despite science suggesting outdoor dining is not in any way connected to community spread in California’s largest cities. Churches have been arbitrarily closed despite several court decisions properly labeling his authoritarian proclamations unconstitutional.

Nursing and assisted living homes have been flooded with COVID-positive people. Thirty billion dollars of unemployment benefits have been misdirected in unlawful or illegal disbursements. Every job and business that relies on California’s tourism economy has been starved of any revenue as Newsom so insolently fiddles with feel-good bromides created to give the illusion of problem solving.

Many lives, businesses, and communities have greatly suffered in unnecessary and avoidable ways because of his incompetence.

Imagine if Newsom had spent the last several months trusting his voters, relying on their judgment, and respecting their rights and liberties so that they could make informed decisions for themselves rather than languish under the draconian and arbitrary proclamations he delivered from his cloistered and protected bunker in Sacramento.

Time and history have a funny way of bringing reality into everyone’s lives. His exploitative talent has now run into trouble and is exposed in the way he has bungled the entire COVID response issue in our state.

Too many people have been hurt and let down by his inability to do the right thing for the greater public benefit. The great exploiter has finally run out of people and issues to manipulate. He is now being confronted about his own issues, and unfortunately for him, it is akin to a child being caught in a meltdown.

I could go on and on about local and state issues that this guy has mishandled, but that’s too onerous for the purpose of this writing.

To those of you who say I haven’t proved my point (always the fallback charge of the closed mind), I say prove me wrong. If anybody can give me just one example of any one policy that Newsom has backed wherein the public has benefited and Newsom was not rewarded with either money or exposure, I will not vote to recall him.

Tony Hall is a former supervisor for San Francisco’s District 7.