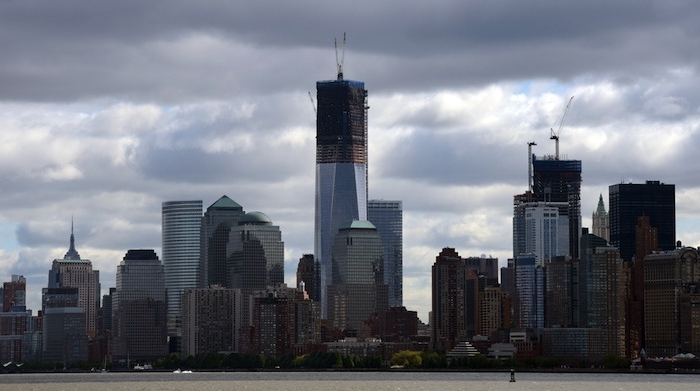 The lower Manhattan skyline on April 27. The rise in New York City real estate prices continued in the second quarter of 2012, with the Bronx being the exception. (Don Emmert/AFP/Getty Image)
NY Real Estate

For the second quarter of 2012, New York City’s residential home sales and prices are holding steady, according to the Real Estate Board of New York’s Q2 2012 Residential Sales Report, the most comprehensive quarterly review of recorded transactions, which includes data from all five boroughs.

Four out of five boroughs, with the Bronx as the exception, saw home sale values increase since the same period last year. The average sales price of a NYC home (cooperatives, condominiums, and one-to-three-family dwellings) in the second quarter of 2012 was $789,000, which is an increase of 6 percent since the second quarter of 2011. This increase can be attributed to the growth in Manhattan sales and several high-end transactions, between $20 and $70 million.

Sales and prices improved despite continual stress on banks in Europe, the slow job growth domestically, and the lack of new residential developments in NYC. However, a steadily improving market will slowly create favorable conditions for new development, and as inventory shrinks average prices will continue to increase. We expect the pace of home sales to accelerate when the rest of the global economy gets back on its feet.

REBNY’s report also includes townhouse sales in Manhattan, recorded in the second quarter of 2012. For the full report, go to REBNY.com and find it under “Reports/Survey” on the member’s side or visit REBNY’s consumer real estate listings web site, NY1Residential.com.