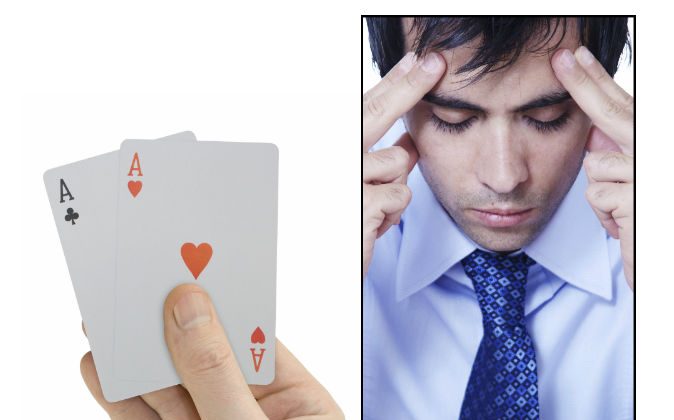 Some people seem to easily discredit psychic phenomena by setting up tests for purported psychics that they fail.

For example, famed debunker James Randi tested several psychics as part of an ABC program, having them try to correctly discern images contained in several envelopes. It would seem that the psychics who could not guess correctly did not have special abilities.

While quick and simple tests are often highly publicized because they are suited to popular media, the more technical data that could support the existence of psychic abilities is easily buried in academic papers.

Another example is a test described by Joe Schwarcz, a chemistry professor at McGill University in Canada. At the annual USA Science & Engineering Festival in Washington, D.C., last year, he told the story of a woman who said she could leave her body and go to Paris, France, on the other side of the Atlantic Ocean and tell him what was happening there. He told her she didn’t have to go as far as Paris to prove her abilities to him. He said he would put a playing card on top of a filing cabinet in the room where he was giving a talk at the time and she could simply leave her body to see what the card was and report back to him. She was unable to do this.

It may seem clear-cut. If someone has psychic abilities, he or she should be able to do this or that on demand. But, such tests fail to take into account some key aspects of reported psychic abilities.

The general public may expect a higher success rate than is necessary to show someone has special abilities.

Someone watching Randi’s test on television may think a psychic should be able to guess correctly within the limited number of chances given on the show. However, in statistical analysis large numbers of tests are given to show an individual can guess correctly at a rate far above chance.

For example, a man named Hubert Pearce who seemed to have special abilities was tested at Duke University in the 1950s. He was given 74 tests, each of which consisted of 25 guesses. He averaged seven to eight correct guesses (out of 25) per test. “The odds against this occurring by chance are calculated to be 1 in 22 billion,” wrote David Ray Griffin in his book “Parapsychology, Philosophy, and Spirituality: A Postmodern Exploration.”

“The odds against this occurring by chance are calculated to be 1 in 22 billion.”
— David Ray Griffin

Pearce was given 1,850 guesses to give such a strong indication that his abilities are real. Randi’s subjects were given only a few chances. Schwarcz’s subject was given one chance only.

Researcher Dr. Ed Kelly at the University of Virginia has analyzed Pearce’s case along with similar successful studies and found that the correct guesses seem to come in clumps. These clumps correspond with a change in the test subject’s internal state.

If the test subject’s internal state is off during a very limited number of tests, the guesses may all be incorrect. It can take many tests to hit on the right internal state and a significant clump of correct guesses.

Kelly also showed that the ability to “see” using psychic abilities may be compared to trying to discern skittering visual images. It is imprecise.

In the 1970s, Kelly was testing a man named Bill Delmore, a Yale law student. He showed Delmore slides of playing cards, briefly exposed under very poor viewing conditions. Delmore made systematic mistakes Kelly expected. For example, he mixed up face cards (queens, jacks, and kings) and he also mixed up aces, twos, and threes. When Delmore performed similar tests without any visual access to cards—using only his psychic abilities—he had similar results.

“This imagery was often degenerate in quality—the images would often be small, poorly formed, not well colored, poorly lit, fast-moving and so on.”
— Dr. Ed Kelly, researcher, University of Virginia

Kelly interpreted this result in his paper “A Psychobiological Framework for Psi Research”: “He was doing basically just what he told us he was doing: That is, to do the psi [psi refers to any psychic phenomenon, such as psychokinesis, telepathy, or clairvoyance] task he would close his eyes, look into his internal world and observe visual images go skittering by. This imagery was often degenerate in quality—the images would often be small, poorly formed, not well colored, poorly lit, fast-moving and so on.”

Every ‘Psychic’ Is Unique

Not everyone’s abilities may manifest or function in exactly the same way. Thus, cookie-cutter experiments may fail whereas experiments tailored precisely to what the psychic says he is capable of may succeed.

One of the psychics tested by Randi, Jesse Bravo, told Epoch Times that the test was not suited to his ability. Trying to tap into information about inanimate objects for the purpose of a test just doesn’t work, Bravo said. The messages he receives are not completely within his control, and they are also not so precise. They are open to interpretation. There’s just no on-demand, 100 percent guarantees in this matter, he said.

Cookie-cutter experiments may fail whereas experiments tailored precisely to what the psychic says he is capable of may succeed.

Dr. Gary Schwartz received his doctorate from Harvard, taught psychiatry and psychology at Yale, and is now a professor at the University of Arizona. He has studied individuals who said they are able to predict the future and found some he considers “the real deal.”

“If you’re going to test someone who claims to do extraordinary things, it’s essential that you design the experiment to be as close as possible to what they actually do,” said Schwartz on his website. “And if you don’t design an experiment around their actual skills, you can end up asking people to do things that they actually can’t do or that don’t really represent what they do.”

Kelly wrote: “It’s inappropriate to assume that different successful psi subjects all succeed in the same way, even at the same task. In fact we have some quite strong evidence against that point of view. On the physiological side, it’s also the case that high between-subjects variance is the rule rather than the exception.” Kelly studies physiological changes in subjects during psychic events, including brain activity.

While quick and simple tests are often highly publicized because they are suited to popular media, the more technical data that could support the existence of psychic abilities is easily buried in academic papers.