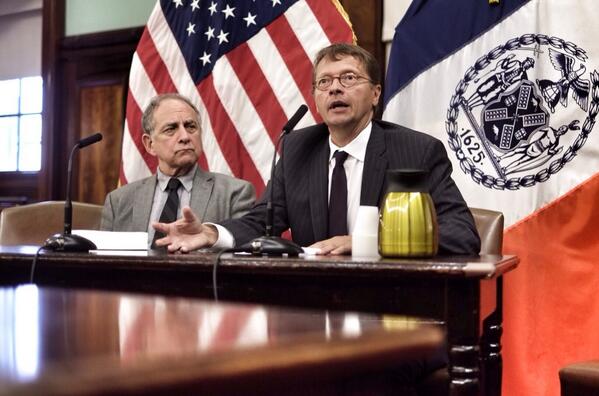 NEW YORK—Welcome to the Tale of Two Television Industries.

In one television industry, writers for scripted feature films, comedies, and dramas work under a collective bargaining agreement that ensures health benefits, a pension plan, and residual payments from content that is broadcast multiple times.

In the other industry, writers for reality television shows work long hours for substandard pay with no benefits.

Reality TV workers and the union angling to recruit them testified before the City Council on Wednesday. They detailed an industry where wage theft and illegal labor practices are common, while benefits are the stuff of dreams.

“I have seen and lived enough in what’s indisputably a beleaguered, exhausted, overworked and by all measures powerless contingent to see that things must change,” Lauren Veloski, a producer with 10 years of experience, said.

Reality TV productions are relatively lean projects produced on the fly. As a result, tight deadlines can be used to force the crews to work long hours. Veloski said that she witnessed companies pressuring workers to fill out timesheets to indicate that they’ve worked eight hours, while the actual time worked could be 12 or more hours per day. Workers report not being paid for the extra hours, or not being paid the appropriate overtime rates.

“Wage theft is not incidental or rare, committed by a few rogue employers,” Sarah Leberstein, a staff attorney at the National Employment Law Project, said. “And increasingly it plagues what are supposed to be middle-income, growth professions.”

Wage theft takes many forms. An employer could incorrectly classify employees as independent contractors, pay less than minimum wage, pay less than required for overtime, and more. According to a 2013 survey by the Writers Guild of America (WGA), 85 percent of writers and producers in the reality TV industry report never receiving overtime pay.

Reality TV workers have spoken out about the working conditions in the industry since at least 2007, when the WGA commissioned a report on the subject. Since then, some progress has been made. WGA reached an agreement on three contracts, but Lowell Peterson, the executive director of the union’s eastern branch, said that more contracts are still needed, and more still needs to be done.

Peterson urged the city to work with networks and companies to create a code of conduct that will address the problems currently plaguing the industry.