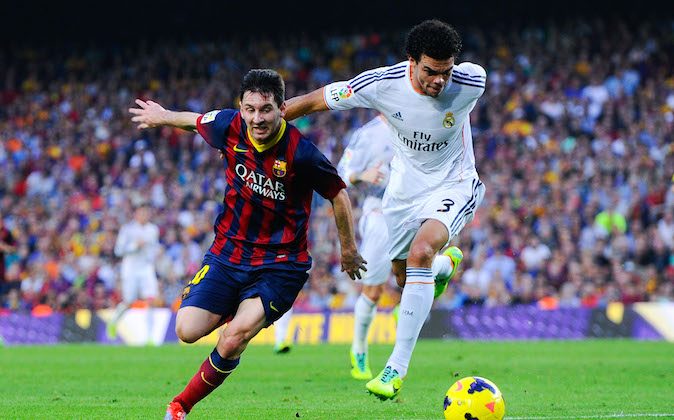 Here are some AP articles on the match.

MADRID— Real Madrid striker Karim Benzema looks set to be available for the Spanish leader’s match against Barcelona on Sunday.

The France forward missed Tuesday’s 3-1 Champions League victory over Schalke because of a right leg problem, but he has appeared to have recovered after training normally with the squad on Saturday.

Benzema has contributed 21 goals in 38 appearances for Madrid, which is four points up on third-place Barcelona heading into a “clasico” matchup with potential to play an important factor in the title race with second-place Atletico Madrid three points behind Real.

The Spain international missed last weekend’s 7-0 rout of Osasuna as a “precaution” to rest his right ankle, with Marc Bartra taking Pique’s place in the middle of defense.

Pique was included in Saturday’s squad list for the game at Spanish leader Madrid, but fellow defender Carles Puyol was not.

Barcelona says Puyol will miss the “clasico” match because of a right knee injury.

Barcelona trails Madrid by four points in the table going into the crucial matchup between the rivals.