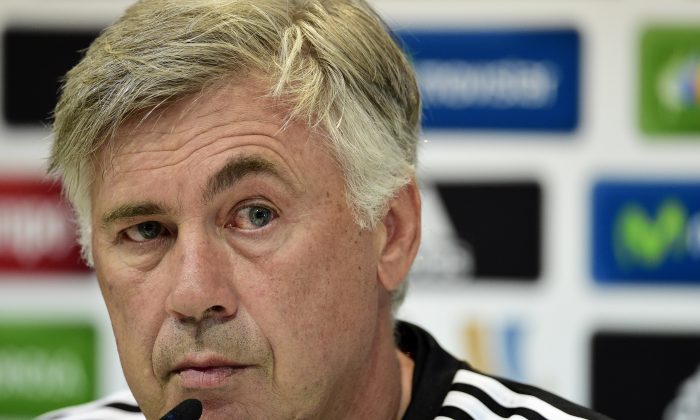 The game will be broadcast on TVE La 1 in Spain.

In the United States, the game will be shown on ESPN Deportes and ESPN2.

Real Madrid are 4/7 to win the match, as compared to 11/2 for Atletico Madrid as per OddsChecker.

Los Blancos coach Carlo Ancelotti said in a press conference that: “There are no favorites in this tie.

“The first match will not be decisive but we will try and take the lead and put in a good performance.”

Ancelotti added: “Atlético have changed a little because they have signed some big players.

“Their style has not changed and it will be a difficult match, as it was last season.

“I am not going to play the same team in both matches.

“While some will play tomorrow, I’ll change it a little on Friday.”

Although Ancelotti has yet to reveal his starting eleven, he guarantees that Real Madrid captain and veteran goalkeeper Iker Casillas will play in goal.