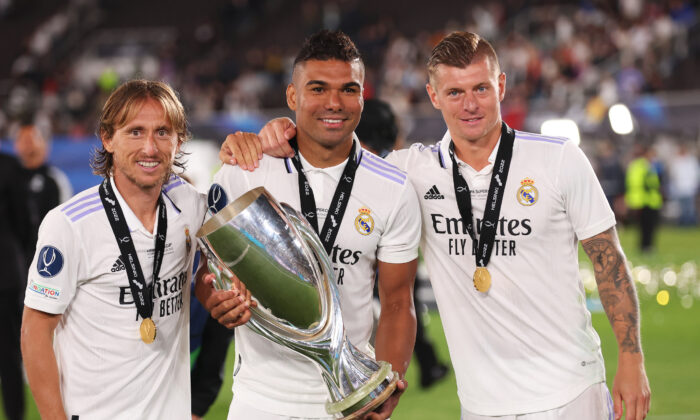 A first half goal from David Alaba and another from Karim Benzema in the 65th that lifted him to second in Real’s all-time scoring list with 324 goals, wrapped up the title for the Spaniards.

Europa League winners Eintracht had offered some resistance in the first half and had chances to score but were eventually overrun by the Spaniards.