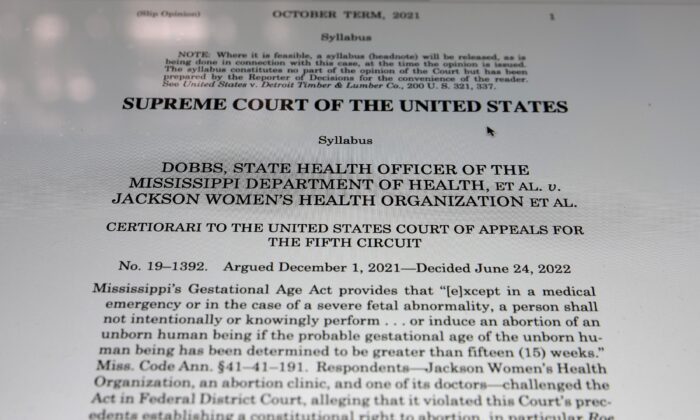 The Supreme Court on June 24 struck down Roe v. Wade.

The court, in a 6–3 ruling powered by its conservative majority, upheld a Mississippi law that bans abortion after 15 weeks of pregnancy and to overturn Roe. Chief Justice John Roberts concurred with the court’s conservatives, but argued he would have upheld the Mississippi law without taking the additional step of erasing the Roe precedent altogether.

See all of the opinions below: