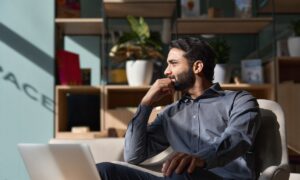 The Reserve Bank of New Zealand (RBNZ) conducted its monetary policy meeting overnight and left its base rates steady at 2.5 percent but the accompanying statement did surprise markets to some extent, in that the central bank showed a more upbeat opinion for the national economy and opened the door for a rate increase in the first half of this year.  The only suggestion in the statement that this might not be the case related to the strength of the New Zealand Dollar, which continues to be an area of concern for the central bank as it weighs on export companies.

Given that the central bank sees risk in both directions (heightened inflation vs. excessive currency strength) the New Zealand Dollar could be one of the more interesting trades in the coming months as trends like likely shift as scheduled macro data is released.  The potential increases in relatively predictable volatility should be viewed as an opportunity by traders and this should receive continued attention going forward.  Initial market reaction to the central bank statement was bullish, despite the concern expressed over currency strength but prices are nearing historical highs and downside risk outweighs upside potential.

The other main story was seen with the latest FOMC monetary policy statement which was accompanied by revisions to both GDP and inflation projections (which were both seen higher for the remainder of the year).  In addition to this, some of the voting members altered their views on the pace of policy adjustment, suggesting that changes will likely need to be made before the previously set 2014 deadline.  Looking ahead, market activity in the US will be dictated by the Non Farm Payrolls figures to be released next week as well as the FOMC minutes, which will be made public on June 20th.

In the UK, the main story of the week has been the negative GDP figures, marking the first double dip recession since the 1970s.  Markets were anticipating a small increase for the quarter after the negative print seen at the end of 2011, but this was not the case, and this initiated the requirement for the Prime Minister to explain his budget programs to congress.  The Bank of England (BoE) is one of the few central banks still considering another round of monetary easing.

The USD/CHF is following some of the other Dollar pairs and is caught in a descending triangle that looks as though it will break to the downside in the near term.  The next major level to the downside is seen at the 0.90 level which held on the last test.  MACD readings are in negative territory, which supports the downside test argument but with momentum starting to wane, it looks as though prices will find a bottom in this region.

The FTSE 100 is coming into the decision point of its symmetrical triangle, with more resistance seen over head giving an argument for a downside break.  Upside resistance includes the 100 and 200 period EMAs on the 4H charts, along with the 61.8% retracement of the latest decline on the same charts.  To the downside, the first target is seen at 5600, a break here will accelerate losses.