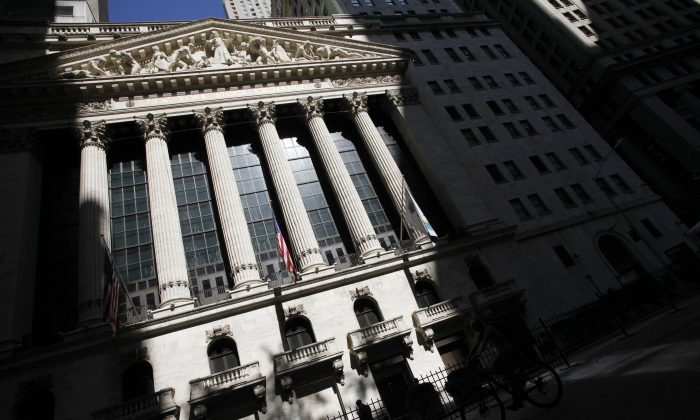 I’m talking about the blizzard of guesses surrounding the Fed’s rate-hiking plans to combat this bout of inflation.

What is 50 basis points in March, Alex? I’ll take seven rate hikes this year for a thousand.

The reality is most of this speculation doesn’t matter. The Fed has never embarked on a monetary tightening that hasn’t resulted in a bad outcome (read… recession). But this time the mountain of money they created is so large, when the bubble pops, gum is going everywhere.

Letting the Market Down Easy

Throughout history, or at least since Paul Volcker dropped the hammer on the 1970s inflation, the Fed has tried to be more accommodative of the market in terms of signaling its monetary intentions. To let the market down easy.

Last year as inflation blasted off, the Fed continued to soft pedal its potential impact. “Transitory” was their word of choice. That lasted through most of the year even as the inflation rocket approached escape velocity.

Then came the taper talk. The economy had improved, they said so it was time to cut back the economic support the Fed had been lending to the economy.

Then came the “double taper” talk.

Then the interest rate hike talk.

The thing you want to notice about this is the way they try to ease their message into the market. The Fed is like a parent figuring out how to take candy away from a toddler in a movie theater without causing a tantrum.

I really don’t think that the Fed Governors are so dumb they didn’t realize they were dealing with an entirely different kind of inflation monster this time. Maybe they were just being hopeful that things would correct themselves. It’s always in their interest to play inflation down and accommodate the markets as much as possible.

Nevertheless, here we are. January’s inflation print showed prices up 7.5 percent from the year before and things have gotten serious. Suddenly there was talk of a 50 basis point hike before the March meeting.

How many and how high? Place your bets, because it’s anyone’s guess.

The Other Problem the Economy Is Facing

One thing the Fed has been hanging its hat on coming into this tightening cycle is that the economy has moved into a recovery. The latest GDP report out of the Bureau of Economic Analysis said the economy expanded by 5.7 percent in the fourth quarter of 2021.

The problem is that that report was what’s called the bureau’s “advance” report—preliminary data. That number will get revised two more times before it becomes “official.” Revisions rarely get the press that the advance numbers do. So it’s possible GDP growth wasn’t as great as advertised and you won’t hear much about the revision.

The other problem is GDP is a backward looking indicator. It tells you what the economy did, but it doesn’t tell you how the economy is doing now.

So how is the economy doing now?

The Atlanta Fed has an interesting tool you don’t hear about much. It’s called GDPNow. (You can Google it.)

According to its website, GDPNow is “a running estimate of real GDP growth based on available economic data for the current measured quarter. There are no subjective adjustments made to GDPNow—the estimate is based solely on the mathematical results of the model.”

With all the usual caveats and disclaimers built in, it’s an effort to show a real-time picture of GDP expansion. So where is the economy right now? (My emphasis.)

This Mix Is Not Good

So it’s quite possible that things aren’t going as well as the Fed would hope given its need to hike interest rates. Higher rates will certainly put a drag on any economic growth. And it would appear the economy is dragging already.

The likelihood of the Fed making a dent in inflation without taking some very drastic action is pretty slim.

And if they snuff out what little growth is in the economy without stamping out inflation, you get that beast we haven’t heard from in decades—stagflation.

The 10-2 yield curve is already diving to indicate the coming policy error.

How bad it gets remains to be seen. But shopping for some defensive positions in your portfolio wouldn’t hurt. Investments that can hold their value through a combination of inflation and slow growth—funds like the SPDR Gold Shares and the Vanguard Utilities Index Fund—will be worth looking at.