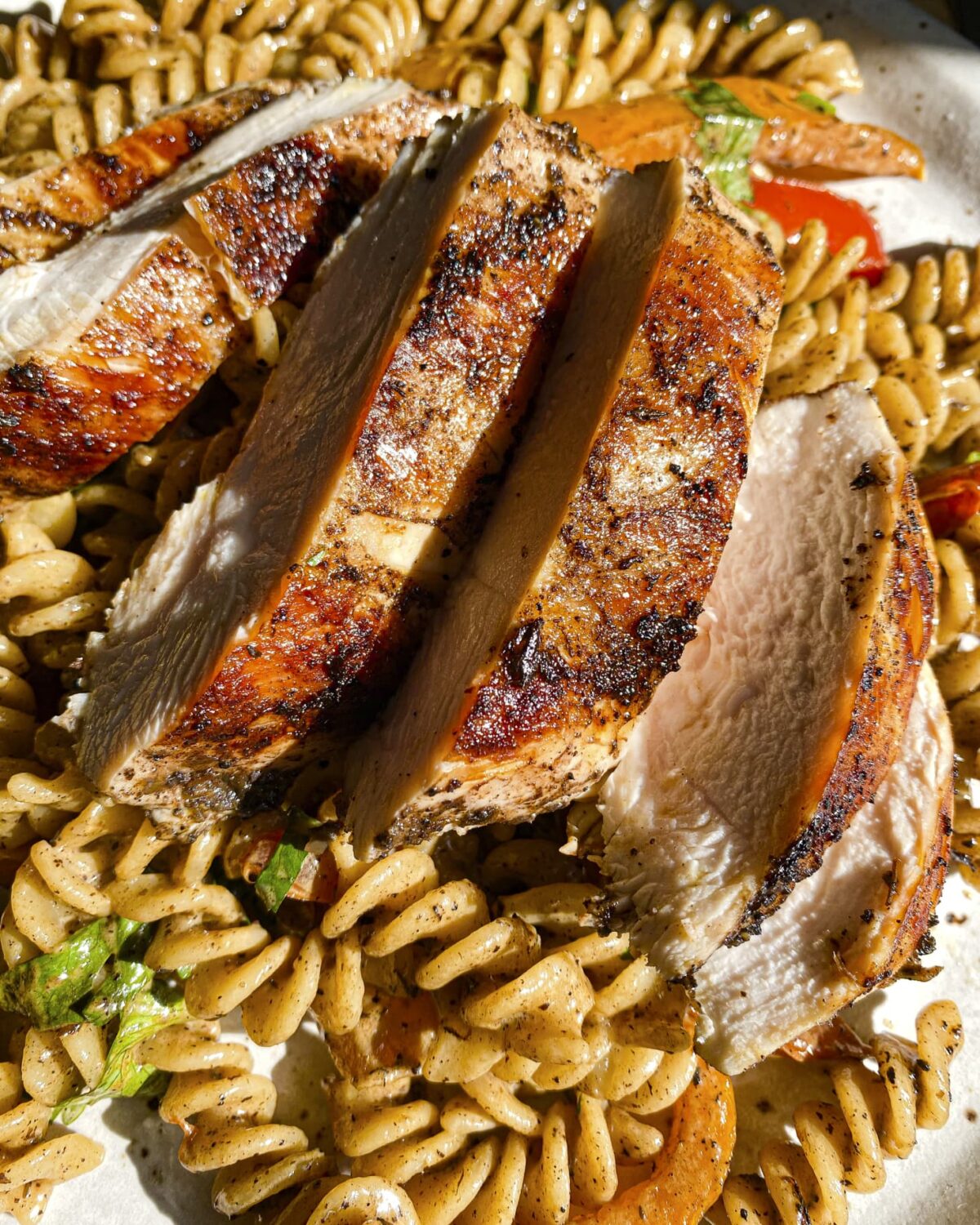 Rasta Pasta Boasts a Lot of Flavor With Little Effort

Rasta pasta isn’t just a fun recipe name—it’s a bridge between classic Jamaican cooking and Western influences widely shaped by the diaspora of Caribbean peoples. I didn’t grow up with this recipe, but I did grow up with jerk chicken, jerk seasoning, and my mum’s jerk fish stew with rice and beans. When I was asked to create this recipe, my ears perked up.

For someone who wants lots of flavor with little effort, this recipe delivers, thanks to the power of the jerk sauce (goodness, does it pack a punch!). It’s essentially a dish made for the weeknight home cook. Chicken is used here, but shrimp or fish would also be also great; or you could skip the protein all together. Because it requires fewer than 10 ingredients and comes together within 30 minutes, I urge you to not walk or skip but run to the grocery store to make it for dinner tonight.

What Is Rasta Pasta Made Of?

What Type of Pasta Should I Use?

You can use any short, dried pasta, such as penne, fusilli, or rigatoni. Long noodles are not preferred, due to the awkwardness when eating long-cut strips of bell peppers, slices of chicken breast, and swirls of noodles.

Place the chicken breasts and 1/4 cup of the jerk marinade in a large zip-top bag. Massage the marinade into the chicken and let marinate at room temperature for 30 minutes. Meanwhile, core and seed the bell peppers, then slice into 1/2-inch strips. Finely chop the leaves from the cilantro until you have 1/4 cup.

Bring a large pot of salted water to a boil. Meanwhile, remove the chicken from the marinade and pat dry with paper towels; discard the marinade.

Add the dried penne to the boiling water and cook until al dente according to package instructions. Drain.

Add the heavy cream and the remaining 1 tablespoon jerk seasoning and stir to combine. Bring to a simmer and continue to cook until the sauce is slightly thickened and can coat the back of the spoon, about 4 minutes. Meanwhile, cut the chicken across the grain into 1/2-inch-thick slices.

Add the pasta and cilantro to the skillet and stir to combine. Taste and season with kosher salt as needed. Serve the pasta topped with the chicken and grated Parmesan cheese.

Although this pasta is best served immediately, leftovers can be refrigerated in an airtight container for up to three days.

Sahara Bohoskey
Follow
Sahara Bohoskey is a contributor to TheKitchn.com, a nationally known blog for people who love food and home cooking. Submit any comments or questions to editorial@thekitchn.com. Copyright 2021 Apartment Therapy. Distributed by Tribune Content Agency, LLC.
SHARE
Friends Read FreeCopyFacebookTweet
You May Also Like