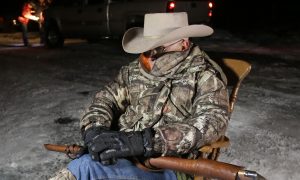 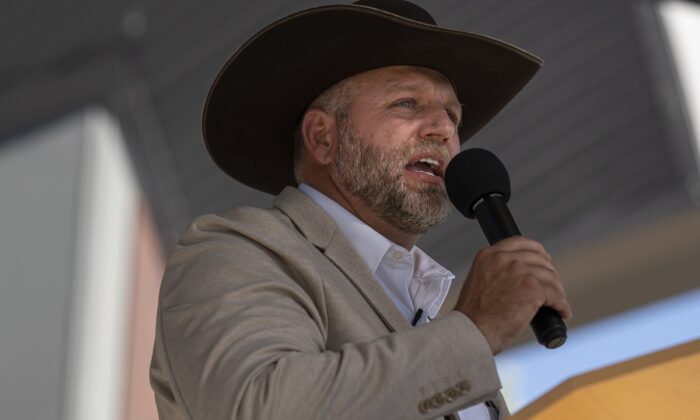 Ammon Bundy announces his candidacy for governor of Idaho during a campaign event in Boise, Idaho on June 19, 2021. (Nathan Howard/Getty Images)
US News

A rancher who was involved with the occupation of a federal refuge in Oregon announced over the weekend that he is running to be governor of Idaho.

Ammon Bundy said he’s running “because I’m sick and tired of all of this political garbage just like you are.”

“I’m tired of our freedoms being taken from us and I’m tired of the corruption that is rampant in our state Government,” he said in a statement.

Bundy hit out at President Joe Biden and the “deep state,” or longtime government workers, who “control him” and said they would attempt “to take away our gun rights, freedom of religion, parental rights, and more—and further violate the Constitution in unimaginable ways—even more than they’ve already done.”

“We can not afford to have state leadership that lets the federal government bully us, or walk all over us,” he said.

Bundy noted that he and family members faced off with federal officials at their ranch in Nevada in 2014 over grazing rights.

“We did not back down, and thankfully, likeminded patriots across the country stood with us, as we fought back against federal tyranny to protect our land and our rights,” Bundy said. “I am running for Governor to bring that same vigor, and willingness to stand for what is right, to the state of Idaho.”

Two years later, multiple Bundy family members participated in the armed occupation of the Malheur National Wildlife Refuge in Oregon. They remained there for over a month. The occupation ended peacefully with several arrests. Bundy and over a dozen others were charged. While some pleaded guilty or were found guilty, Bundy was acquitted.

However, Bundy has since been charged with not wearing a mask when entering a courthouse and not leaving the Idaho Capitol.

Gov. Brad Little, a Republican, has not said whether he intends to run for another term. Little won in 2018 with nearly 60 percent of the vote. Idaho has not elected a Democrat governor since 1995.

Little and McGeachin clashed last month. Little left the state and McGeachin, the acting governor at the time, implemented a ban on mask mandates. Little repealed the ban when he returned, describing the order as running “contrary to a basic conservative principle—the government closest to the people governs best.”