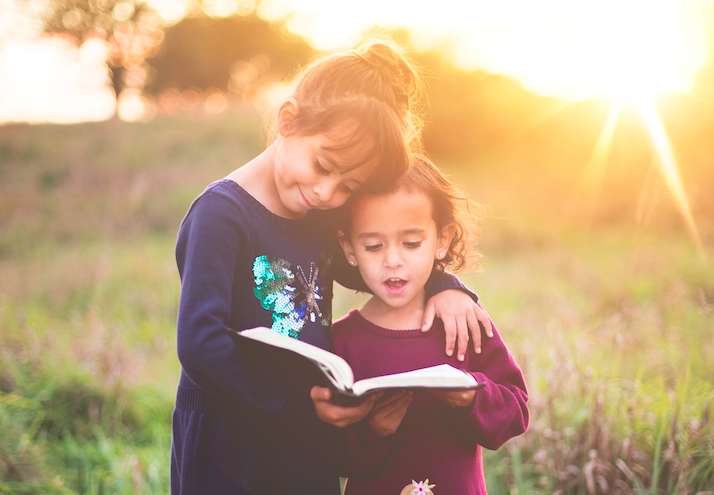 Every day we make many small parenting decisions that cumulatively become their experience of childhood. (Ben White/Unsplash)
Wise Parenting for Modern Times

As parents, we love and want to protect our children. We also want them to be happy and successful in their future lives.

To this end, one of most important things we can do is help them develop a deeply ethical core—one grounded in virtues and wisdom.

This is no easy task in today’s culture. The world our children face today is tremendously complex and fast-paced, far more so than the world that past generations faced in their early years. The arrival of the internet and social media has changed the fabric of society, and the way that people think, feel, and interact.

Of course, this has brought positive elements, but also many negatives, from social media bullying to an endless amount of distracting, dark, dangerous, and disgusting ideas—just a click away—to tempt immature minds.

In order to meet the challenges of modern life and fulfill our children’s potential, they need to be stronger and more discerning than ever: They must be able to resist the temptation to waste hours on Facebook and video games; to understand what is appropriate in a romantic relationship; to be the CEO who refuses to compromise the environment for profit; to let hardship make them stronger; and ultimately be able to value virtues such as compassion and honesty more than personal gain and pleasure.

So how do we raise our children to become such good people?

There are many paths to this, and the answer begins in the heart of every parent: in our care, dedication, and love for our children, and also in our sincere striving to do (and modeling) what is right.

But this isn’t to say that just pouring love in is all it takes; children also need boundaries, guidance, and discipline. Every day, we make many small parenting decisions that cumulatively become their experience of childhood.

To make these decisions well-informed, a solid understanding of child development is key. In the book “You Are Your Child’s First Teacher,” author and early childhood educator Rahima Baldwin Dancy writes that the best informed decisions come from a holistic view of the child.

“We need to begin to see the child in a new way, one that takes into account physical, emotional, and mental development, as well as the less tangible spiritual dimensions of the human being. Once we begin to perceive the whole child and how he or she unfolds, then our choices will begin to have coherence,” she writes.

As a society, we are used to reading books and listening to experts in order to understand our children. This certainly has its place, but taking time to quietly observe them with loving attention is a powerful way to get to know and understand them. It’s also especially helpful if you find yourself in a negative pattern of nagging or yelling, or if they are exhibiting untoward behavior.

In the book “Working with Anxious, Nervous, and Depressed Children,” author and therapist Henning Köhler shares his thoughts on how beginning from a spiritual foundation can promote healing.

Based largely on the work of Austrian philosopher and educator Rudolf Steiner (founder of the Waldorf education movement), Köhler’s starting point is “reverence for the child” as a spiritual and dignified being in their own right.

Köhler recommends that parents “observe the child keenly and lovingly at least once a day” in order to help form a clear understanding of them.

“One aspect of loving is the ongoing practice of overcoming one’s own habitual judgments, desires, expectations, and concepts, pushing them out of the way and giving oneself instead to listening and observing,” he writes.

“At moments like these, such a reaction as, for example, annoyance that the child walks without lifting his feet properly, is completely out of place. You note instead that is his particular way of walking. When you begin to feel a kind of tenderness, awakening in you for the child’s very faults and weaknesses, for all the things that ordinarily lead to strife and anger, you will know that you are on the right path.”

As parents, we pay much attention to our children’s bodies—especially when they are young—we touch them often, know every morsel of food they eat, and whether they are eliminating properly.

The way parents care for the body of a young child gives the child his or her first experience of goodness, Köhler writes.

“Rudolf Steiner once described how every child harbors a profound, unconscious conviction at the start of life that the world is moral through and through. It is immensely important whether this ‘basic assumption’ as he calls it, is (or is not) confirmed in a child’s first few months by her bodily sense experience.”

Of course, many parents reading this will have children older than a few weeks, and the care you give them and the quality of the things in their environment are important too.

“One of the most important things you can do is pay attention to all that surrounds your child. This includes the food, clothing, images, toys, sunshine, sand, and water. It also includes less tangible ‘nourishment,’ that comes from our warmth and love and the emotions that surround your child,” Dancy writes.

If you want to raise an ethical child, it’s a good idea to take some time to understand how children’s morality and perception of the world develops and how big of an impact that media can have.

There are many theories on moral development, but those developed by Lawrence Kohlberg and Jean Piaget are a starting point. Both laid out a framework and timelines of moral reasoning that people pass through sequentially from birth to adulthood.

In both of these developmental theories, there is a change at around age 6 or 7, when children move to a new stage of understanding and perceiving the world.

Before this, they are at a stage of imitation; they don’t and can’t reason like adults, even though they may be very verbal. They see objects like furniture and toys as being alive.

Another thing to note, although young children can understand silly humor (the sock doesn’t belong on your hand), they can’t understand sarcasm when they are between 5 and 8 years old.

They also absorb like sponges without discriminating between good and bad.

In the book “Joyful Toddlers and Preschoolers,” early childhood educator and author Faith Collins notes a study that unexpectedly found that children shown an educational video on conflict resolution became more aggressive. “The researchers surmised that young children ‘learn from each of the behaviors shown,’” she writes.

Also, if you listen to children who watched a lot of TV in their early years, you may hear that their tone of voice has a similar cadence to that of cartoon or movie characters.

Research on the effects of movies on children shows they are very affected, more so than adults. The Payne Fund studies, a series of studies by the Motion Picture Research Council, found that children are affected deeply, in part, because “children of all ages tend to accept as true the things that they see in movies,” according to a summary by the University of Florida’s media lab.

The research also found that children who watched movies “had lower conduct grades, did poorer school work, rated lower in reputation by their teachers, rated lower by their classmates, were less cooperative, were more deceptive, were less skillful in judging right from wrong, and were slightly less emotionally stable.”

The Payne Fund studies were carried out in the 1920s and 1930s, when movie content was much tamer than today.

Heavy screen time also is literally changing the structure of our children’s brains. And even if screen time isn’t heavy, children have no way to filter out unsavory images, and what they see, they will imitate and make a part of themselves.

So, to nurture a sound mind, pay attention to what is going into it.

Throughout history, religion provided the moral fabric of society, and spiritual belief was the guiding force behind the actions of innumerable great historical figures, such as George Washington and Harriet Tubman, both of whom were reported to have received spiritual guidance in the form of visions.

To some extent, science also has validated that sincere spiritual practice is beneficial. Studies have shown that it makes people more satisfied, is associated with longer lifespans, and makes people less prone to drug use and depression, and more able to cope with hardship and trauma.

Neuroscience also has shown that prayer and meditation change the brain for the better.

Moreover, Judeo-Christian values are the basis of morality in the Western world, and religious practice probably played a key role in shaping the brain structures we have today—structures we are now changing with screen media.

Put another way, what images do you want to form your child’s character? Certainly, your beliefs, values, and corresponding actions will shape those of your young child. And, especially for young children, living examples matter.

“Children’s capacity for love is also undermined if we respond to the wondering openness of the good that they bring into life with constant instruction, moral appeals, and pious phrases. These too breed indifference, they are all useless. What does matter is setting an unobtrusive example in our own way of living,” Köhler writes.

But when and in what way do you expose them to the rest of the world?

“The best way to prepare your children for the stresses of today’s world is not to expose them to problems early in their life, but to provide them with an environment that is warm and nurturing and that shelters them from as many of the problems of the adult world as possible,” Dancy writes.

In the book “Simplicity Parenting,” counselor and educator Kim John Payne writes, “A protected childhood allows for the slow development of identity, well-being, and resiliency.”

By giving young children love, respect, discipline, good examples, and protection from the adult world, you can set them up with a solid grounding in what is right and good. This, more than any skill, will give them a bright future.