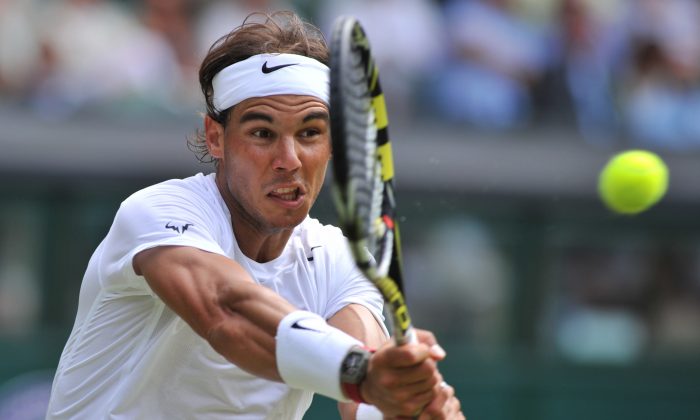 No. 2 seed Rafael Nadal and Mikhail Kukushkin are set to play each other in a Wimbledon 2014 match on Saturday, June 28.

The match will also stream live through BBC iPlayer and Watch ESPN, as well as the ATP and TennisTV.

Nadal has come under some flak recently for taking a much longer time than most players between his shots.

In his match on Thursday against Lukas Rosol, he averaged 25 seconds between shots.

Rosol felt aggrieved that Nadal was getting away with things, and said after the game that “the referee was not going with the rules.”

“[Nadal] was taking too much time between the serves, not 30 seconds. It was one minute always.”

The time limit between shots is only 20 seconds in Grand Slams.

“He is doing all his rituals,” complained Rosol.

“It should be the same for everyone but always the best players, they’re taking much more than the normal players and nobody is telling them nothing.”

“Somebody has to tell them. I just said two times to the referee if was still okay, and he was saying to me, yes, it was fine.”