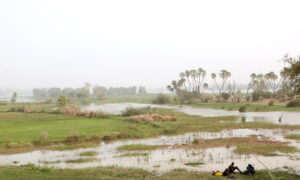 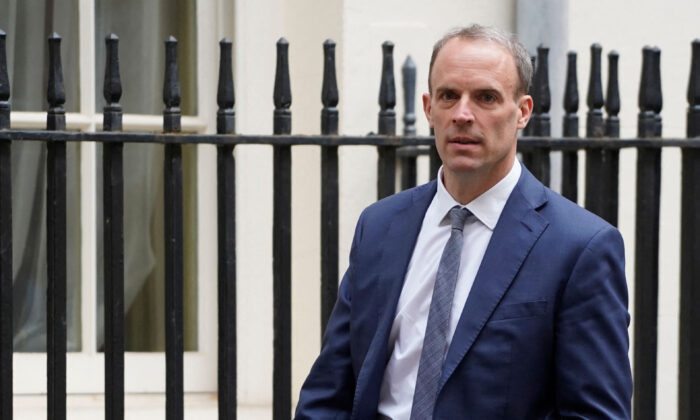 The threat of the ISIS terrorist group continues to grow in Africa, British Foreign Secretary Dominic Raab warned, as he is expected to pledge £12.6 million ($17.5 million) on Monday to support efforts to counter ISIS in West Africa.

Raab is meeting with his counterparts from more than 45 countries in Rome, including co-hosts Italian Foreign Minister Luigi Di Maio and U.S. Secretary of State Anthony Blinken, at a meeting of the Global Coalition against Daesh, another name for ISIS.

The funds will be used for a new programme for the Lake Chad Basin region of West Africa, which covers northeast Nigeria, Cameroon, Niger, and Chad.

The FCDO said the new Conflict, Stability, and Security Fund programme will support a regionally-led military fight against ISIS, counter its propaganda, and encourage its fighters to leave the terrorist group.

Following a virtual meeting of the coalition in March, the FCDO said that the number of attacks ISIS claimed in Africa had grown by more than a third between 2019 and 2020.

“Recent violence perpetrated by its affiliates has included attacks on aid workers in the Lake Chad Basin region, and the horrific beheading of civilians in Mozambique over recent months,” the FCDO said in a statement.

Prior to Monday’s meeting, Raab said countries must work together to tackle the threat.

“Two years since Daesh’s territorial defeat in Iraq and Syria, the threat of Daesh and its hateful ideology has not gone away. Worryingly it continues to grow in Africa which is why we must work with our coalition partners to fight its poisonous propaganda on all fronts,” Raab said in a statement.

“We stand shoulder to shoulder with our African partners to tackle the growing threat from Daesh-linked groups across Africa, particularly in the Lake Chad Basin,” he added.

Raab is expected to ask the foreign ministers to work together to “target the longer-term challenges that are exploited by those who extol violence and terrorism” and “ensure there are no safe havens for Daesh.”

“It will exploit any opportunity to reestablish itself,” Raab will say.

Monday’s meeting in Rome will mark the first time Global Coalition foreign ministers have met in person since November 2019.