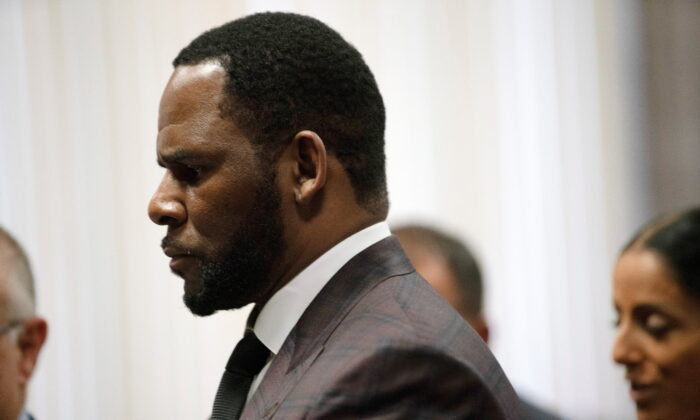 NEW YORK—R. Kelly deserves no more than 10 years in prison despite his conviction for scheming over decades to recruit women and girls for sex, reflecting how history as an abused child may have led to his adult “hypersexuality,” the R&B singer’s lawyer said.

Kelly’s bid for leniency was detailed in a Tuesday filing in Brooklyn federal court, one day before the 55-year-old known for the 1996 smash “I Believe I Can Fly” will be sentenced.

“The lion’s share of the conduct alleged [against] the defendant is decades-old, demonstrating that defendant is not currently a risk to the public,” Kelly’s lawyer Jennifer Bonjean wrote. “As Drs. Dietz and Sorrentino confirm, defendant is neither a pedophile nor a sexual sadist.”

Prosecutors have said Kelly should spend more than 25 years behind bars, reflecting his continued danger to the public and lack of remorse for exploiting his fame to lure victims into his orbit, where he could satisfy his predatory and sexual desires.

Kelly, whose full name is Robert Sylvester Kelly, was convicted last September of racketeering, and eight counts of violating the Mann Act, which prohibits transporting people across state lines for prostitution.

Forty-five witnesses testified for the government. A 10-year term is the minimum possible sentence.

Bonjean, who began representing Kelly after his conviction, said the singer’s impoverished and “chaotic” home life as a child included multiple instances of sexual abuse, including by a sister and a male landlord whose names were blacked out.

She said Kelly has an IQ of 79 and is “functionally illiterate,” having felt shame and fear he could not read the teleprompter when accepting Grammy awards.

Kelly has been jailed since July 2019.

He will likely be transferred after being sentenced to Chicago, where he faces an August trial on child pornography and obstruction charges.