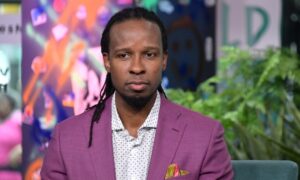 A large group of protesters stand on the east steps of the Capitol building in Washington on Jan. 6, 2021. (Jon Cherry/Getty Images)
Viewpoints

Ever since Socrates pestered his interlocutors with questions they couldn’t answer, all the best people have told us that questions are more important than answers.

So I thought I would try a column consisting mostly of questions.

My questions are more pedestrian but no less miscellaneous.

And unlike the showstoppers Socrates proffered, they are, most of them, more easily answerable—which is not to say that we should expect the answers anytime soon.

For example, I would like to know who shot Ashli Babbitt, the unarmed vet and Trump supporter who was shot during the breach of the Capitol on Jan. 6, 2021.

We know that it was a Capitol Hill police officer, but the authorities won’t release his name. Why?

Why was it OK for a police officer to kill an unarmed woman who posed no danger to anyone?

What if Ashli Babbitt had been a violent, drug-sodden black man who was resisting arrest instead of a white woman protesting at the Capitol?

Would we then know the name of the policeman who pulled the trigger?

And speaking of that Jan. 6 contretemps, why won’t the FBI release the 14,000 hours of surveillance video of the day’s activities that they are sitting on?

Are they trying to hide something?

As we get further from the big day, the narrative that Jan. 6 was a “riot” or an “insurrection” by “domestic terrorists” bent on destroying “our democracy” has crumbled.

Why, then, does the establishment keep beating that broken drum? Why, just a few days ago, did Joe Biden repeat the lie that Brian Sicknick, the Capitol Hill police officer who died following the Jan. 6 event, was “killed” by “criminals” at the Capitol?

That canard was circulated if not invented by The New York Times, which reported that he was beaten to death with a fire extinguisher by a crazed Trump supporter.

That story was quickly picked up and amplified by an irresponsible media driven mad by Donald Trump.

Once the damage was done, the NY Times corrected the record, sort of. But why was the original calumny seized upon and circulated by the Democrats, the FBI, and the media?

And why were hundreds of people who had participated in the Capitol jamboree arrested?

Damage at the Capitol—originally estimated to be some $30 million—has been revised down to $1.5 million and even that sum is probably inflated.

Damage by Black Lives Matter and Antifa rioters—er, “mostly peaceful protestors”—last summer has been pegged at somewhere north of $2 billion.

Why were those rioters given kid-glove treatment, either not arrested at all or arrested and released?

Why, by contrast, are dozens of Capitol Hill protesters, most of them without criminal records, languishing in jail, many in solitary confinement?

Why are the buyers being kept “confidential”?

Are the anonymous people who are buying “art” from Hunter paying for access to or favors from Joe?

And speaking of money, how many millions of dollars have the Chinese invested in the Biden family, not just in Hunter’s financial schemes but in Joe Biden himself, as well as Joe’s brother?

What do the Chinese expect in return?

Will Biden ever be held to account for lying about his involvement with his son’s business deals?

OK, that one is easy to answer.

One more softball question: Will the media report honestly on the skyrocketing inflation that Biden’s incontinent fiscal policies have created?

Will the disaster on our Southern border, caused by Biden’s reversal of Trump’s immigration policies, derail Biden’s presidency?

Will the Marxist-inspired, racist teachings of Critical Race Theory be accepted by the American people?

Biden’s approval rating has plummeted by some 6 points in the aftermath of his G-7 junket. Will it continue to fall as more people learn that he’s senile and incompetent?

Iran just elected Ebrahim Raisi, aka “the Butcher,” who for 30 years has overseen the torture and murder of thousands of Iranian citizens.

Yet Biden is actively seeking to overturn Trump’s sanctions on Iran and restart the nuclear deal with the terrorist state. Will Biden allow Iran to acquire nuclear weapons?

Will Joe Biden’s deepening mental twilight force him from office before his term ends in 2024?

If so, will Kamala Harris become president?

Is the United States headed off a political cliff?

Can it survive the insanity of “wokeness”?

When will common sense reassert itself?

What is Joe Biden’s favorite flavor of ice cream?

Roger Kimball is the editor and publisher of The New Criterion and the publisher of Encounter Books. His most recent book is “Who Rules? Sovereignty, Nationalism, and the Fate of Freedom in the 21st Century”